Russian airpower may be deployed to Syria indefinitely 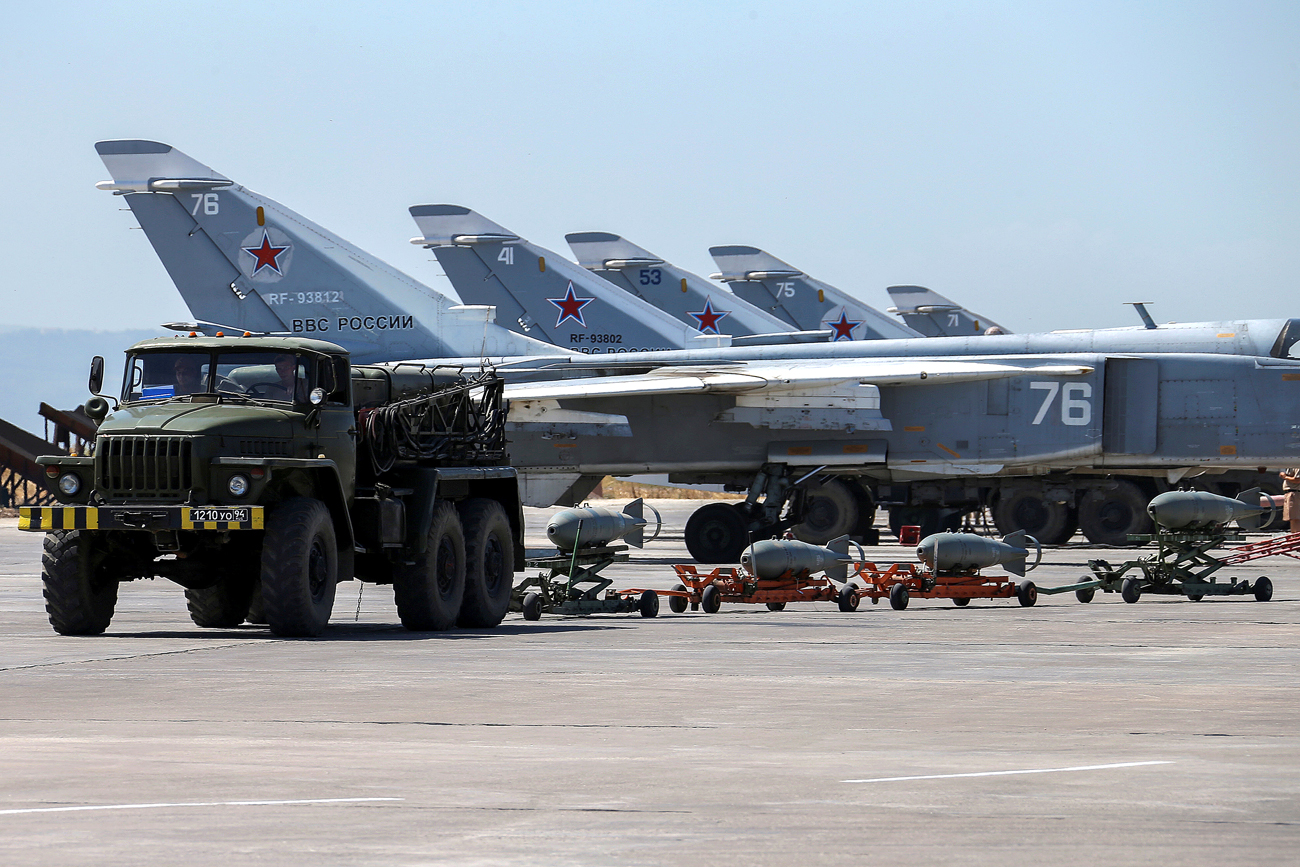 "It is high time to show that the Syrian people can rely on Russia in a very long-term prospect," says senator. Photo: Russian military jets are seen at Hmeymim air base in Syria.

Reuters
Federation Council will have no problem considering the agreement signed by the Russian and Syrian defense ministries, says Russian senator.

The agreement on the indefinite deployment of Russia’s aviation group in Syria is crucial for ensuring stability in the region, senior Russian senator Franz Klintsevich said on August 9.

"I think that the Federation Council will have no problems considering the agreement between Russia and Syria on deploying an aviation group from Russia’s Armed Forces indefinitely to Hmeymim air base [Latakia province]. We will deal with this shortly after its ratification by the State Duma," proclaimed Klintsevich, the First Deputy Chairman of the Federation Council Committee for Defense and Security.

The senator stressed that the committee has "full understanding that this agreement is needed for ensuring stability in the region," adding that this is the right moment for concluding it.

"Now it is high time to show that the Syrian people can rely on Russia in a very long-term prospect," Klintsevich said.

Earlier in the day, Russian President Vladimir Putin submitted to the lower house of parliament, the State Duma, for ratification a draft agreement with Syria on the deployment of an aviation group from Russia’s Armed Forces to the territory of the Syrian Arab Republic.

The agreement was signed by the Russian and Syrian defense ministries in Damascus on August 26, 2015. The document says that "deployment of a Russian aviation group to the Syrian territory is in line with the aims of maintaining peace and stability in the region, is of defensive nature and is not directed against any other countries."

Russia’s Aerospace Forces started pinpointing strikes in Syria at facilities of the Islamic State and Jabhat al-Nusra (terrorist organizations banned in Russia) on September 30, 2015, at the request of Syrian President Bashar Assad.

In mid-March 2016, Putin ordered to start withdrawing the main part of the Russian Aerospace Forces’ group from Syria. Putin said the tasks set before the military had been "fulfilled on the whole."

Two Russian military facilities - at the Hmeymim aerodrome and in Tartus - are still in operation in Syria. The Russian military continues to take an active part in fighting against terrorist groups.

Read more: Kremlin rejects reports on alleged gas use in area of attack on Mi-8>>>