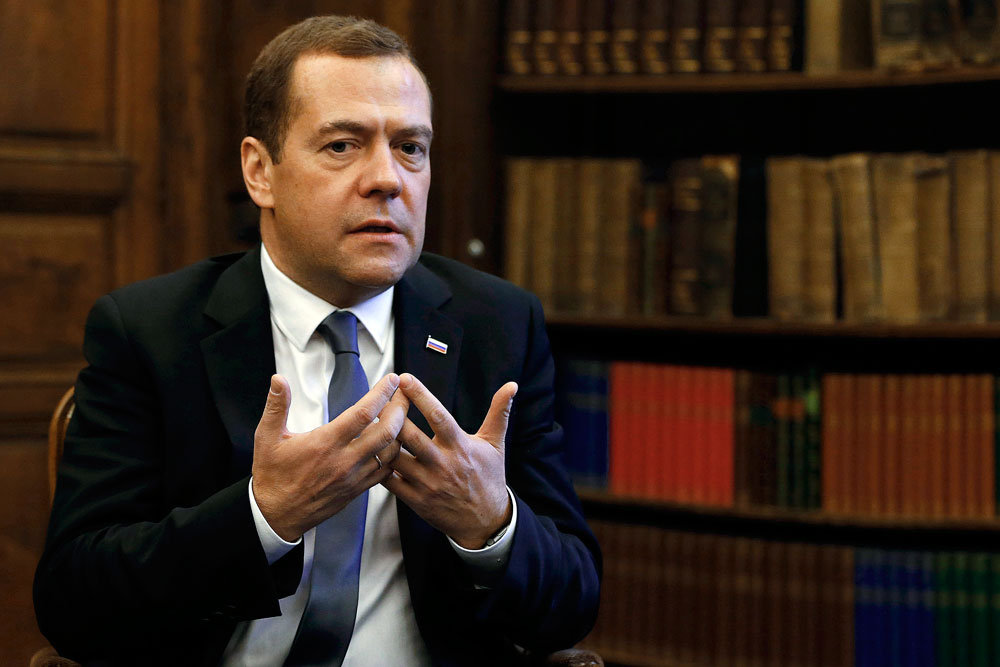 "I would not like this to end this way," says Medvedev.

Reuters
"The President can make such a decision," says the Russia's PM

Russian Prime Minister Dmitry Medvedev has said he does not rule out that diplomatic relations with Ukraine could be severed, if there is no other option.

"I would not like this to end this way. However, if there is no other option to influence the situation, the president can probably make such a decision," Medvedev said when asked whether severance of diplomatic relations was possible in the wake of Kiev’s attempt to carry out terrorist attacks in Crimea.

He noted that there were several cases in Russia’s history when diplomatic relations were broken. "A reminder that relations with Georgia were severed after the famous events," he said.

"The final decision is made by the president who oversees the country’s foreign policy," Medvedev added.

Severance of diplomatic relations between Russia and Ukraine could entail the introduction of visas between the two counties, Leonid Kalashnikov, the First Deputy Chairman of the State Duma lower house International Affairs Committee, has told TASS.

"I am afraid severance of relations (between Russia and Ukraine) could entail the introduction of visas among other things, which would be undesirable," he said.

According to the parliamentarian, "the decision on this (severing diplomatic relations) seems to be obvious."

"I just hope this will not affect relations between the two peoples," he said.

According to Kalashnikov, "there are virtually no diplomatic relations between Russia and Ukraine."

"Diplomatic relations (with Ukraine) could hardly be worse. Nothing will change if we sever them officially," he said, adding that, if this is the case, diplomatic work between Moscow and Kiev will continue through the embassy of another country, "the way we work in Georgia through the Swiss embassy."