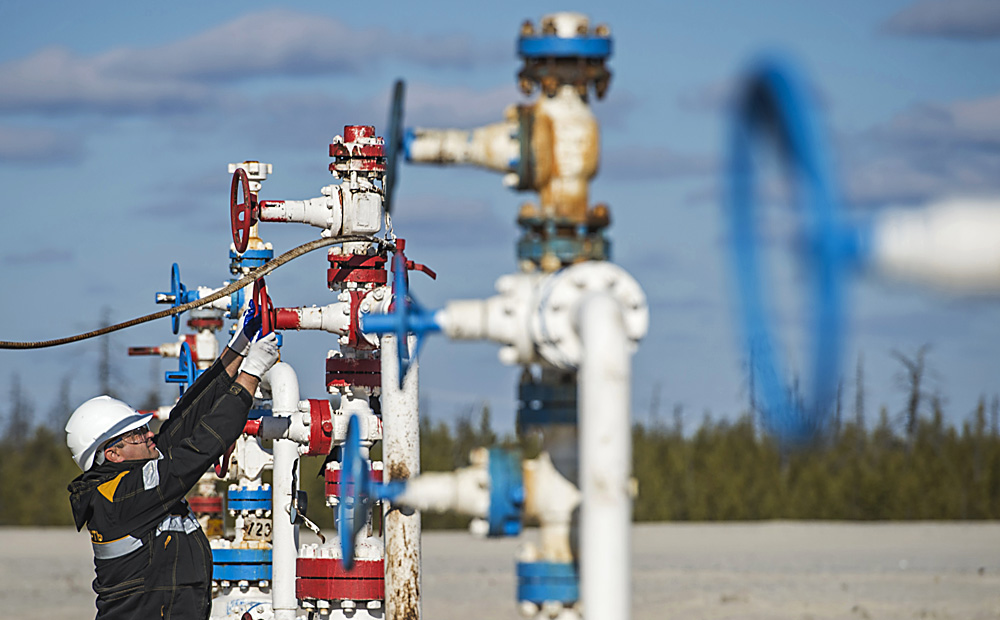 Associate of the RN-Purneftegaz Company, a subsidiary of the Rosneft Oil Company, seen on the Barsukovsky field, Yamal-Nenets Autonomous District.

Russians state-owned oil company Rosneft has discovered a new field in the Irkutsk region, the company said in a statement.

The field’s preliminary reserves are estimated at 25 million tonnes of oil equivalent.

The new filed was discovered on the territory of the Verkheichersky licensed area.

"A natural oil flow with the volume of 230 cubic meters a day has been received at an exploration well of Nizhneustkutsky horizon. The recoverable reserves of the horizon are estimated at 10 million tonnes of oil," the statement said.

Rosneft plans to develop a new field using the infrastructure of the North-Danilovsky and the Verkhnechonskoye oil and gas condensate fields.

Verkhnechonskneftegaz (VCNG), a subsidiary of Rosneft, is the operator of the Verkhnechonskoye oil and gas condensate field, located in the Irkutsk region.