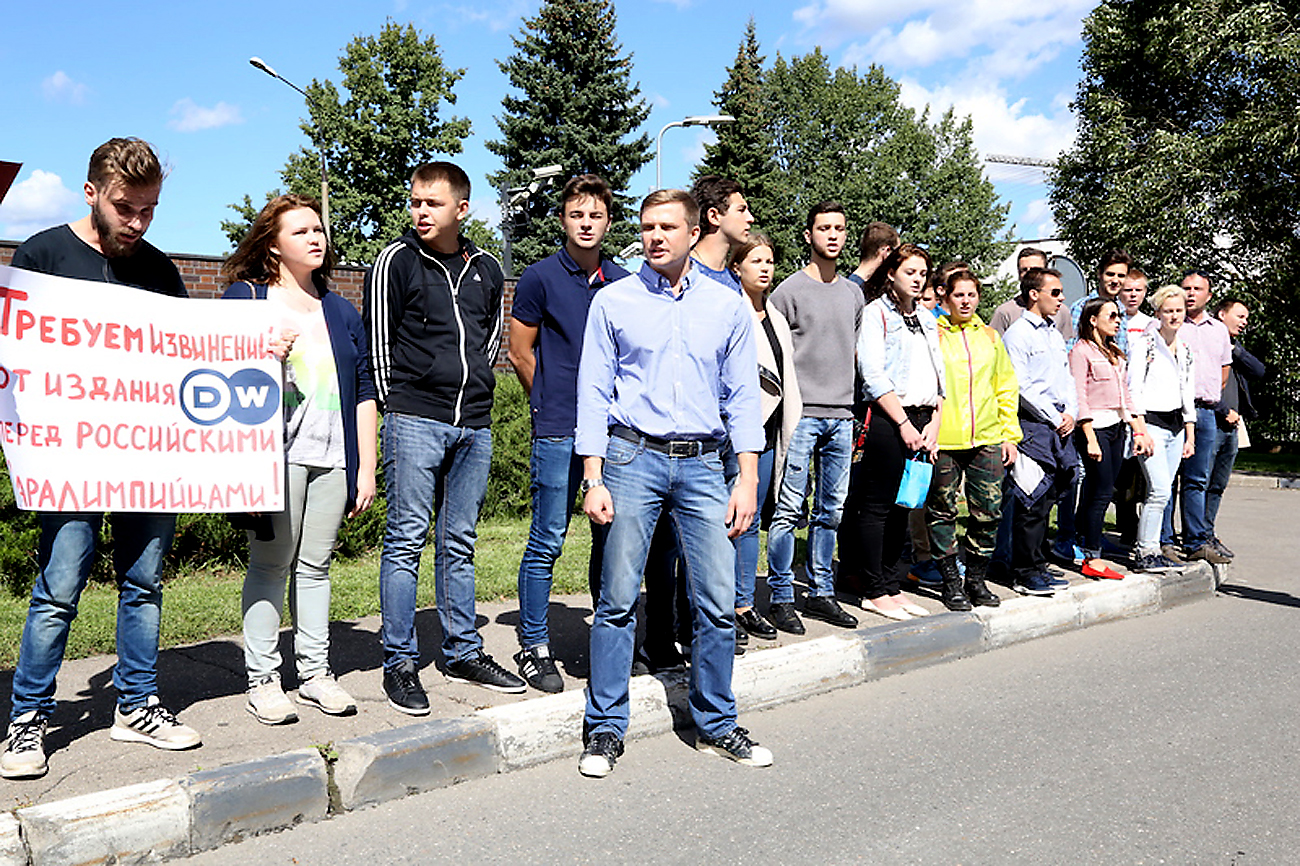 Protesters picket in front of the German Embassy in Moscow on Aug. 16 demanding a cartoon posted on Deutsche Welle’s website lampooning Russian Paralympians be taken down.

Protesters picket in front of the German Embassy in Moscow on Aug. 16 against a cartoon lampooning the Russian paralympians. They demand the cartoon, which has been posted on Deutsche Welle’s website, be taken down.

The German broadcaster’s website earlier posted a cartoon with four Olympic rings and another one with a wheelchair-bound individual holding a Russian flag.

"We demand that the German broadcaster immediately remove this cartoon as it offends not only the feelings and dignity of Russia’s disabled athletes, but the entire Olympic movement," said Denis Davydov, the leader of Molodaya Gvardia, the United Russia party’s youth wing.

"Moreover, the leadership of Deutsche Welle should offer official apologies to the athletes of our Paralympic team for inappropriate and disrespectful behavior towards sport and disabled people," Davydov said.

"Apparently, it is more important for them to implement someone else’s political agenda than to observe the norms and morals of journalistic ethics," Davydov said.