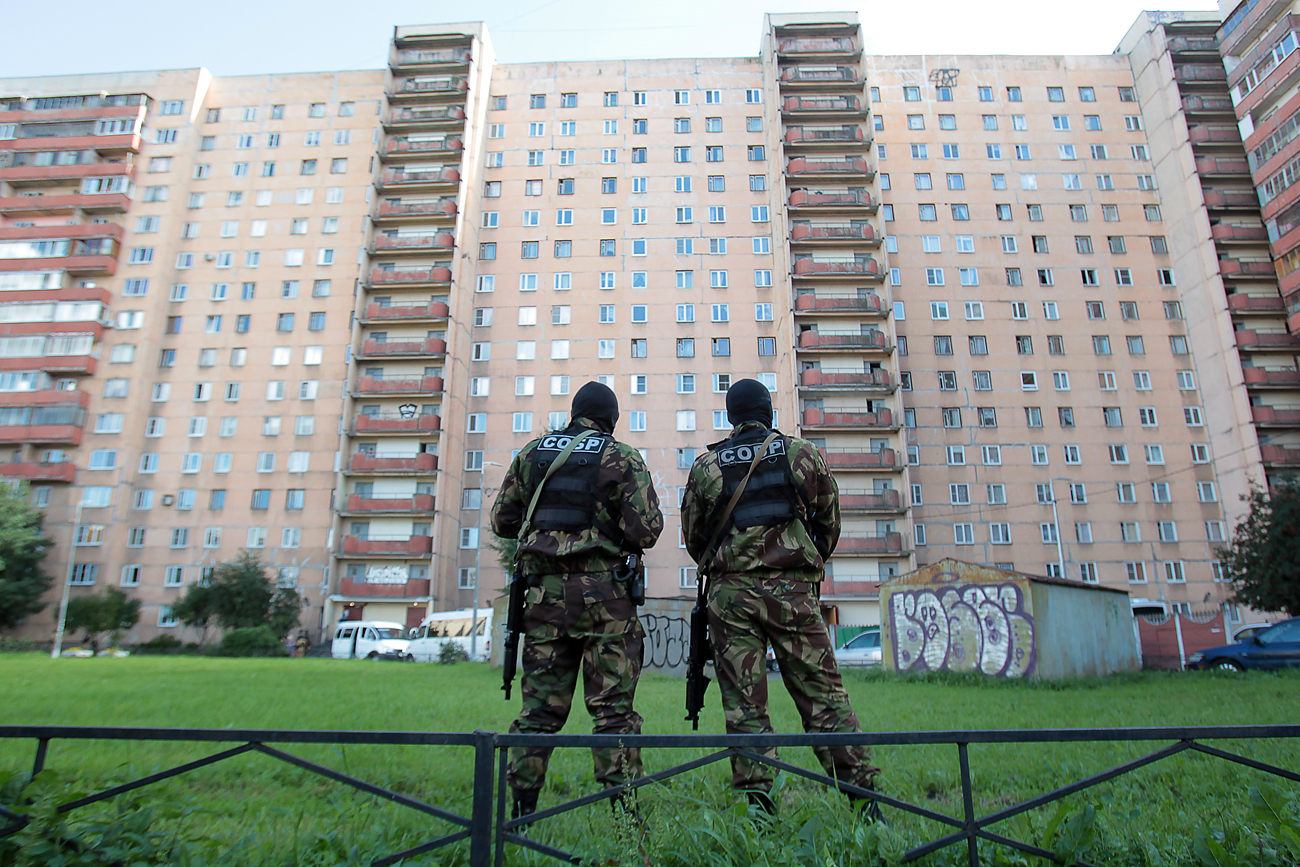 Members of the Special Rapid Response Unit (SOBR) seen outside a residential house in Leninsky Avenue during a counterterrorism operation conducted by the Russian Federal Security Service (FSB), Aug. 17.

Russia’s Federal Security Service has neutralized 3 ringleaders of an underground terrorist syndicate, which operates in the North Caucasus, in a security operation carried out in St. Petersburg, Russia’s second largest city, a source at the National Anti-Terrorism Committee press center, told TASS.

Three out of four men who were liquidated in a flat in a multistoried apartment building on Leninsky Prospect in St. Petersburg were preliminarily identified as Zalim Shebzukhov (b.1986); Astemir Sheriyev (b. 1991) and Vyacheslav Nyrov (b.1982).

"All the three were on the federal wanted list and were the ringleaders of a terrorist underground, which operated in the territory of Kabardino-Balkaria (a republic in Russia’s North Caucasus)," the National Anti-Terrorism Committee said.