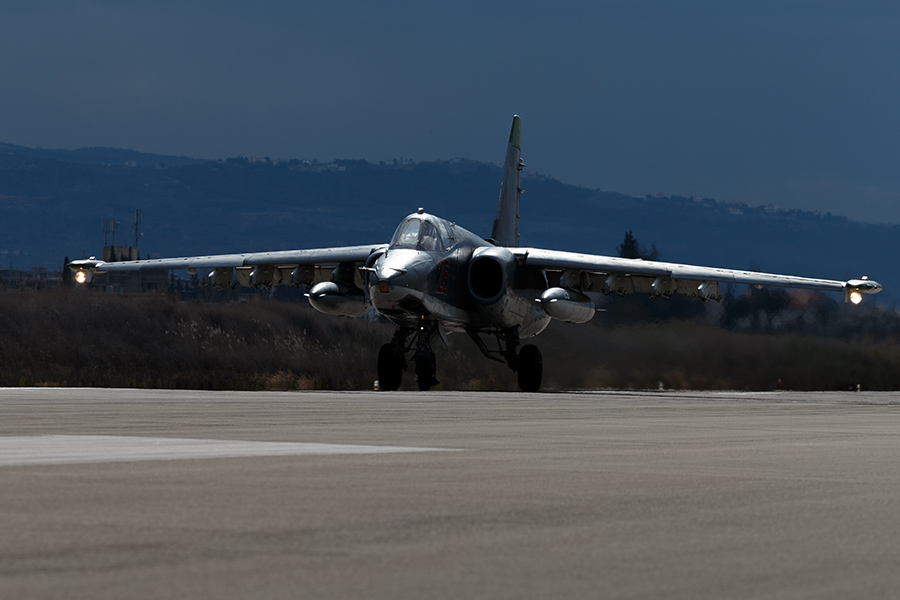 Russian Su-34 attack bombers which took off from Iran to strike at Islamic State (banned in Russia) positions in the Syrian province of Deir ez-Zor killed over 150 militants, the press service of the Russian defense ministry said.

"Russian bombers Su-34 took off from Hamadan airfield on the territory of the Islamic Republic of Iran to strike at objects of terrorist Islamic State in Deir ez-Zor province. They carried a maximum payload of OFAB-500 fragmentation mines," it said.

Air cover to the bombers was provided by Su-35S multipurpose fighter jets from Hmeymim airbase in Syria. "After the combat mission was successfully completed all Russian aircraft returned to their deployment bases," the ministry said.