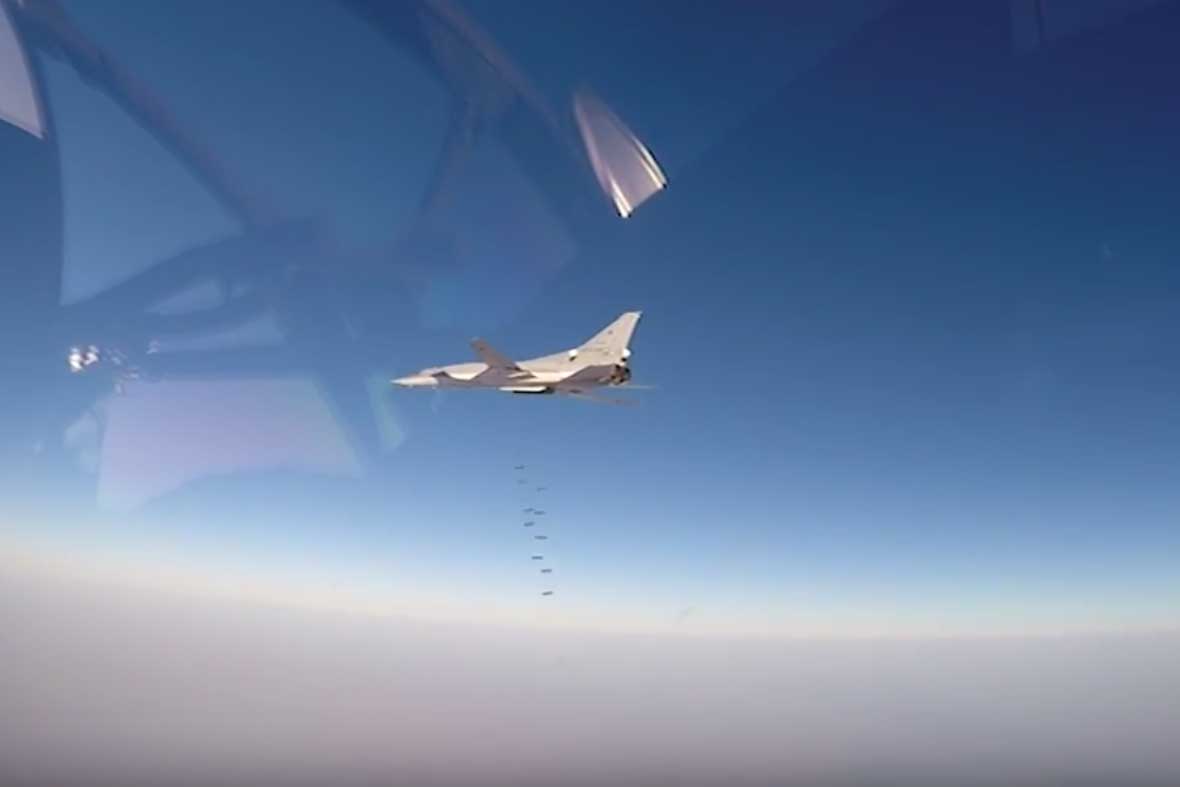 Mil.ru
The planes eliminated 5 warehouses with weapons and ammunition

"On Aug. 18, 2016 long-range bombers Tupolev-22M3 and frontline bombers Sukhoi-34 took off from bases in Russia and Iran to deal a massive strike against the facilities of the Islamic State group (outlawed in Russia) in Syria’s Deir ez-Zor province," the Defense Ministry said in a news release.

"Six command centers were hit and a large amount of artillery positions, armored vehicles and manpower was destroyed," the Defense Ministry said.

Sukhoi-30SM and Sukhoi-35S based at Hmeymim, in Syria, provided protection.

"All Russian planes coped with their tasks and returned to base," the Defense Ministry said.