Russia may have small GDP growth in August - Economy minister 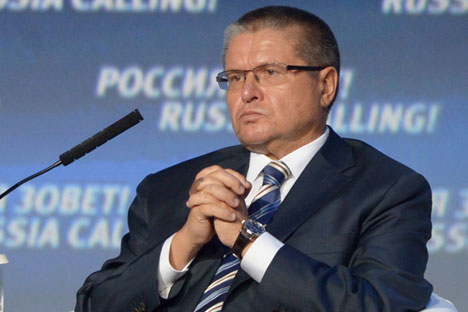 Alexey Ulyukayev: "Small growth in August is quite probable."

Russia’s recession was slowing down steadily as of January - June of this year, according to data of the Ministry of Economic Development. GDP declined by 1.2 percent year-on-year in the first quarter and by 0.6 percent on an annualized basis in the second quarter of this year, the Ministry reported earlier.