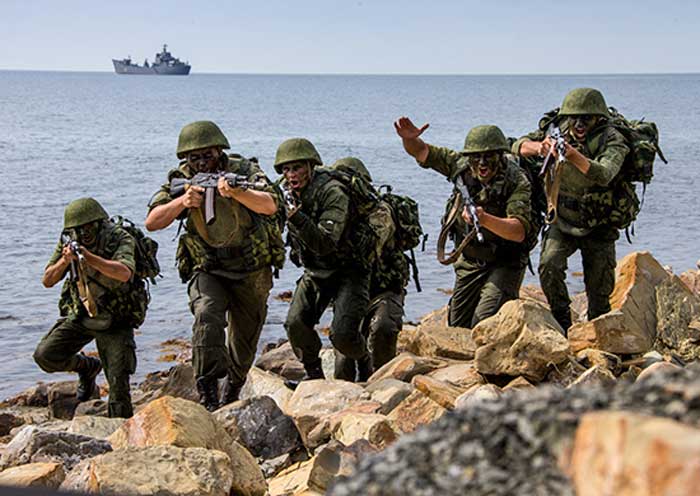 The Kavkaz-2016 exercise will be held in the Southern, North Caucasus and Crimean federal districts.

Mil.ru
Drills will be held at ground test sites and in the Black and Caspian seas

The surprise combat readiness check, declared in the Southern, Western and Central military districts, the Northern Fleet and the Air and Space Force and Airborne Troops is part of preparations for the Kavkaz-2016 exercise due in September, the Russian Defense Ministry said.

"The surprise check is being held under a general plan for preparations for the strategic command and staff exercise Kavkaz-2016. Drills will be held at ground test sites and also in the Black and Caspian seas," the Defense Ministry said.

At the moment the participating troops are getting the equipment, weapons and ammunition, taking military vehicles to the column formation areas and get the equipment ready for marches to railway stations and airdromes.

The surprise combat readiness check began on Thursday morning and will end on August 31. It encompasses the troops of the Southern Military District, some forces of the Western and Central districts, the Northern Fleet, the Aerospace Force and the Airborne Troops.

The Kavkaz-2016 exercise will be held in the Southern, North Caucasus and Crimean federal districts.

Earlier, preparations for the Kavkaz-2016 exercise were held in the Southern Military District, including the Volgograd Region, the Krasnodar Territory, North Ossetia and Crimea with 2,500 troops and 350 pieces of military equipment taking part.