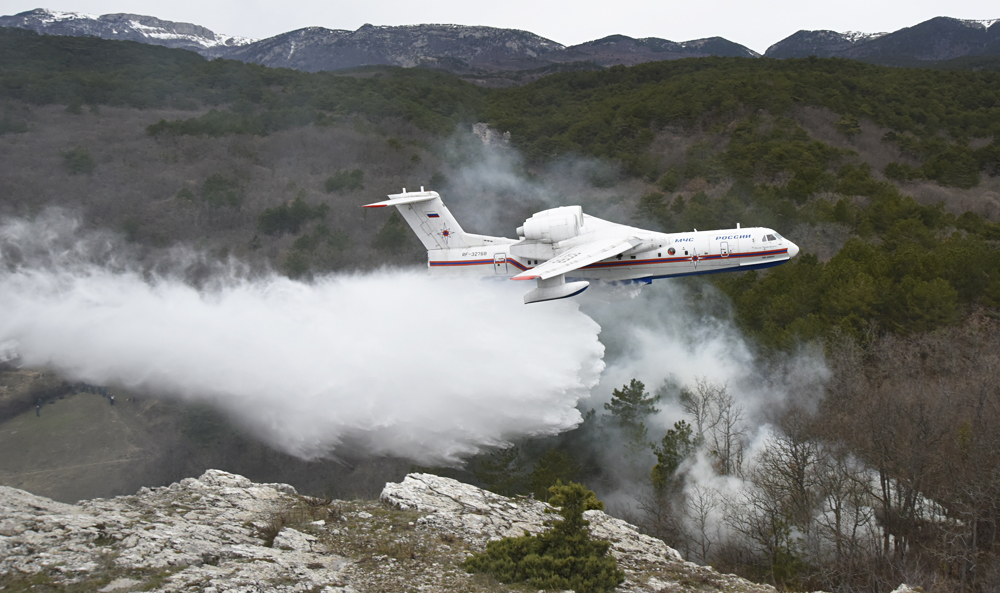 A Beriev Be-200 multipurpose amphibious aircraft.

Seventeen blazes, charring a total area of 2,000 hectares in Portugal, have been extinguished by the Russian Emergencies Ministry’s aircraft over the past two weeks, the ministry’s press service has informed TASS.

"During this period, the Emergencies Ministry’s aircraft dropped over 1,000 tons of water making 89 discharges. They extinguished a total of 17 infernos with a total area of nearly 2,000 hectares and prevented the blaze from spreading to three national parks and eleven populated localities, home to more than 62,000 people," the ministry said.

Two Russian Beriev Be-200 aircraft arrived in Portugal on Aug. 13 and began operations the next day. The crew has extensive firefighting experience, the Russian Emergencies Ministry stressed. The Beriev Be-200 multipurpose airplane, known as one of the world’s most effective aircraft for firefighting, has a capacity of 12 tons of water and is capable of suppressing large-scale wildfires by conducting multiple water drops on a fire site.

The Russian Emergencies Ministry’s aircraft are located at the airport in the city of Leiria. Despite the fact that the number of blazes has drastically dwindled down, fire hazards in the country still persist due to ongoing heat and strong winds, especially in the north of Portugal.