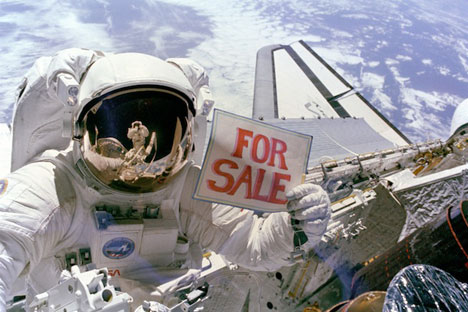 Roskosmos will send the first space tourist to the orbit "within next two years," the agency’s head Igor Komarov said.

The Russian space agency, Roskosmos, will send the first space tourist to the orbit "within next two years," the agency’s head Igor Komarov said in an interview with TASS on Sept. 3.

"I believe, within next two years [the first tourist will fly to the orbit]," he said. "The time to prepare a flight of the kind takes not a week or a month. It will take more than a year."

Russia will develop the project together with foreign counterparts, Komarov said. However, he refused to name them.

"I think, we shall talk about it before the end of the year," he said. "We have requests from very serious counterparts, the industrial counterparts, those, who work in the sphere of space and produce space equipment."

"The plan is the following: before the end of the year we shall have talks, then we sign an agreement and reach detailed plans," Komarov said.

The official said the sanctions from the western countries, led by the US, do not affect cooperation with the NASA, the European Space Agency or other European and American companies in piloted programs and development of space.

In June, the official said Poskosmos may have foreign counterparts to organize a project to take tourists to the orbit.

At the St. Petersburg International Economic Forum Komarov talked about the growing interest from those who can afford flights to the International Space Station (ISS) and to the orbit.

As yet, only the US Space Adventures offers access to the ISS for private clients.

Read more: How much is a ticket to space?>>>