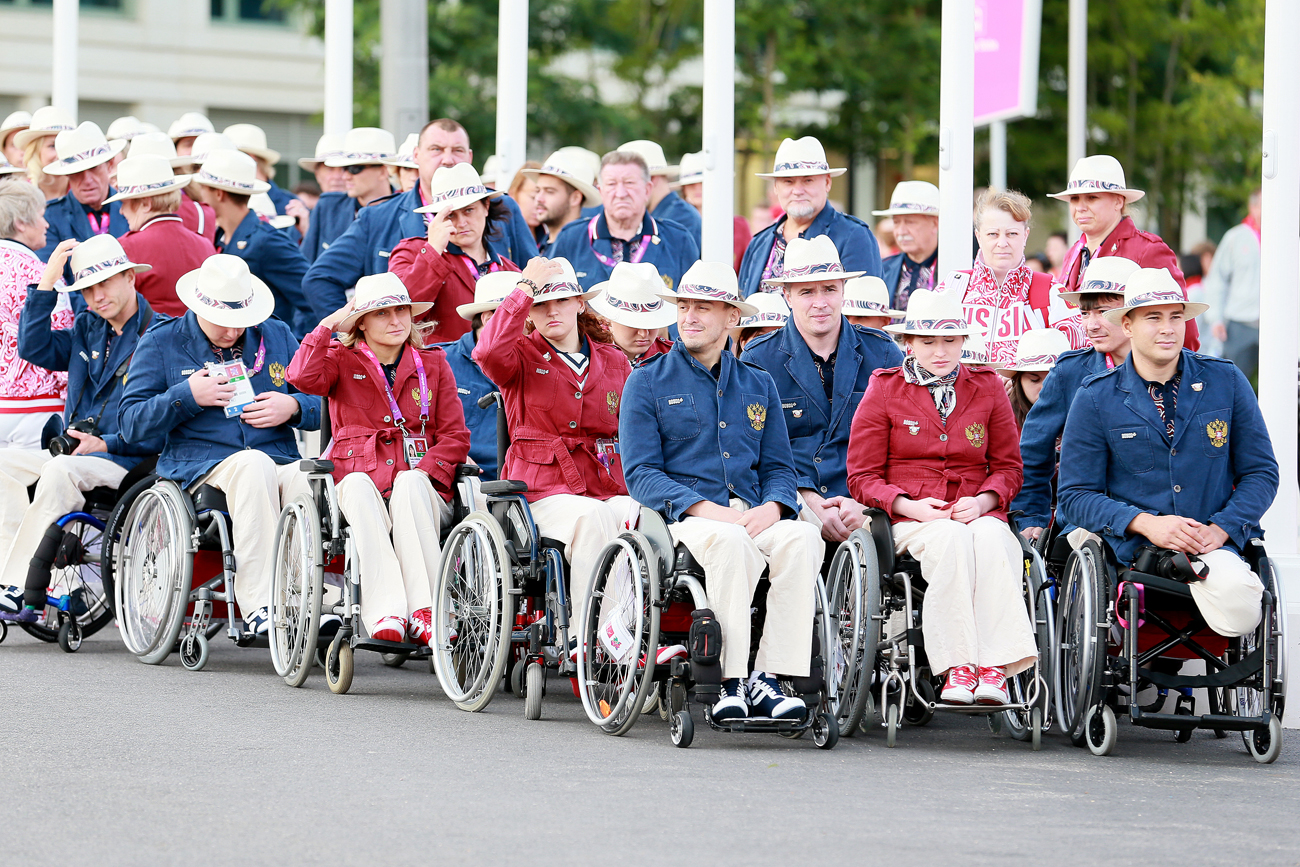 The Russian Paralympic team during the formal Russian flag raising ceremony in the Paralympic Village in London.

Another 84 Russian athletes have filed lawsuits at the state court in the German city of Bonn demanding to admit them to the 2016 Paralympic Games in Rio de Janeiro, Pavel Rozhkov, the first vice president of the Russian Paralympic Committee, said on Sept. 6.

The suit was filed with the Bonn state court as this city is the seat of the International Paralympic Committee's headquarters.

What will happen to disabled sports in Russia after the Paralympic scandal?

Rozhkov also said that ten Russian athletes whose bids for an injunction allowing them to compete at the Paralympics were rejected by the Bonn court on Sept. 5 have appealed the ruling at the court in Cologne.

The entire Russian Paralympic team has been barred from the Paralympic Games that will start in Brazil on Sept. 7.