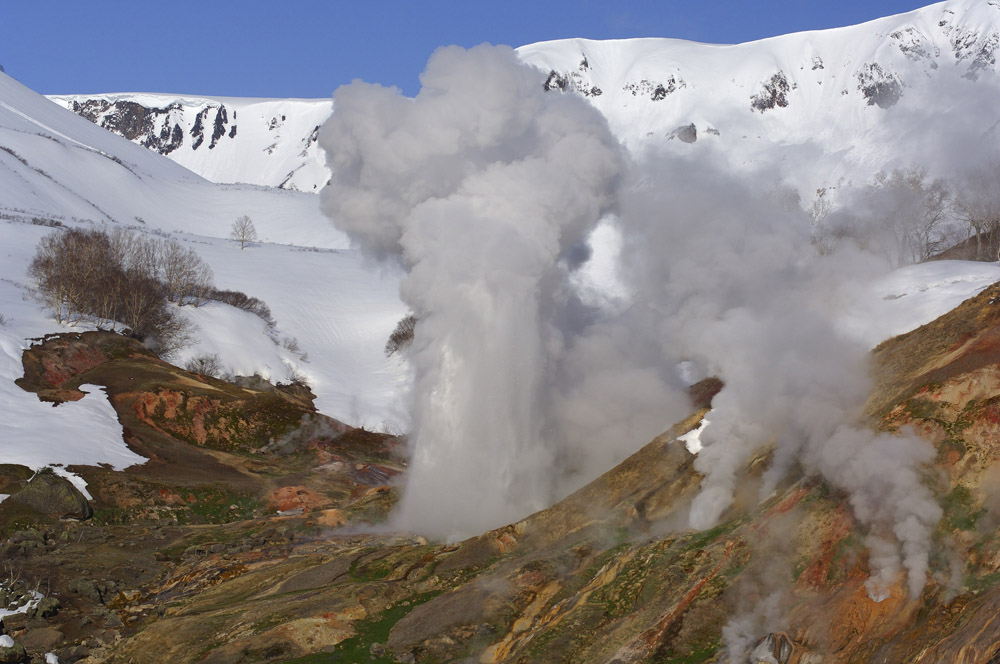 Igor Shpilenok
The Klyuchevskoy volcano has been erupting from April

"The volcano spewed ash for the first time at 8 a.m. local time (11 p.m. Moscow time) for eight kilometers in the air, for the second time - at 08:23 a.m. local time for 11 kilometers (6.8 miles) in the air. Volcanic plume is moving eastward, its height is unknown," a spokesman for the Geophysical Survey said.

The volcano currently continues to spew ash. Geophysicists have assigned the red danger level to the eruption. The volcano is being monitored round-the-clock with seismic stations and cameras. The Russian Emergencies Ministry said there is no threat of ash falls in local settlements.

The Klyuchevskoy volcano has been erupting from April. Four lava flows are running down its slopes, and lava is constantly fountaining in its crater. The volcano is located on the territory of the Ust-Kamchatsky district. The nearest settlement is Klyuchi, it is located in 30 kilometers (18.5 miles) from the volcano’s foot.