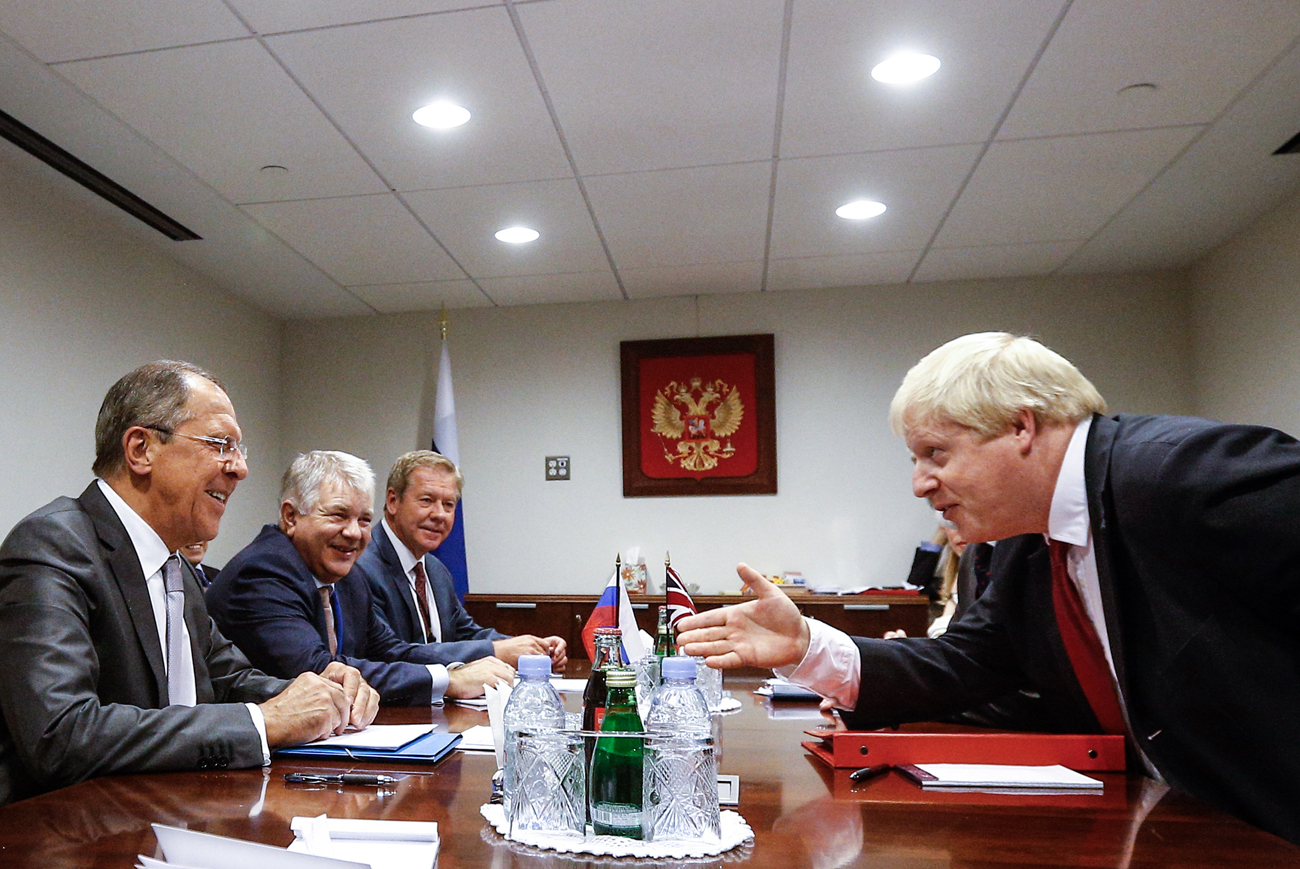 The situation in Syria and the development of bilateral ties were in the focus as Russian Foreign Minister Sergey Lavrov and British Foreign Secretary Boris Johnson met on the sidelines of the 71st session of the UN General Assembly in New York, the Russian Foreign Ministry said on Sept. 21.

"The sides exchanged opinions on topical issues of the global agenda with an emphasis on the current situation in Syria and around it," the ministry said.

Besides, the ministers "discussed prospects for giving a boost to Russian-British contacts at different levels in furtherance of a positive impetus given to this process at a meeting of Russian President Vladimir Putin with British Prime Minister Theresa May on the sidelines of a G20 summit in Hangzhou on September 4," it said.

"The Foreign Secretary was clear that while ongoing disagreements mean it is too early to normalise diplomatic relations, it is right that both countries continue to discuss important global issues," the UK's Foreign and Commonwealth Office said in a press release after the talks of the two diplomats.

A Foreign Office spokesman said it was "their first face-to-face meeting since Boris Johnson was appointed" as Foreign Secretary in July 2016.