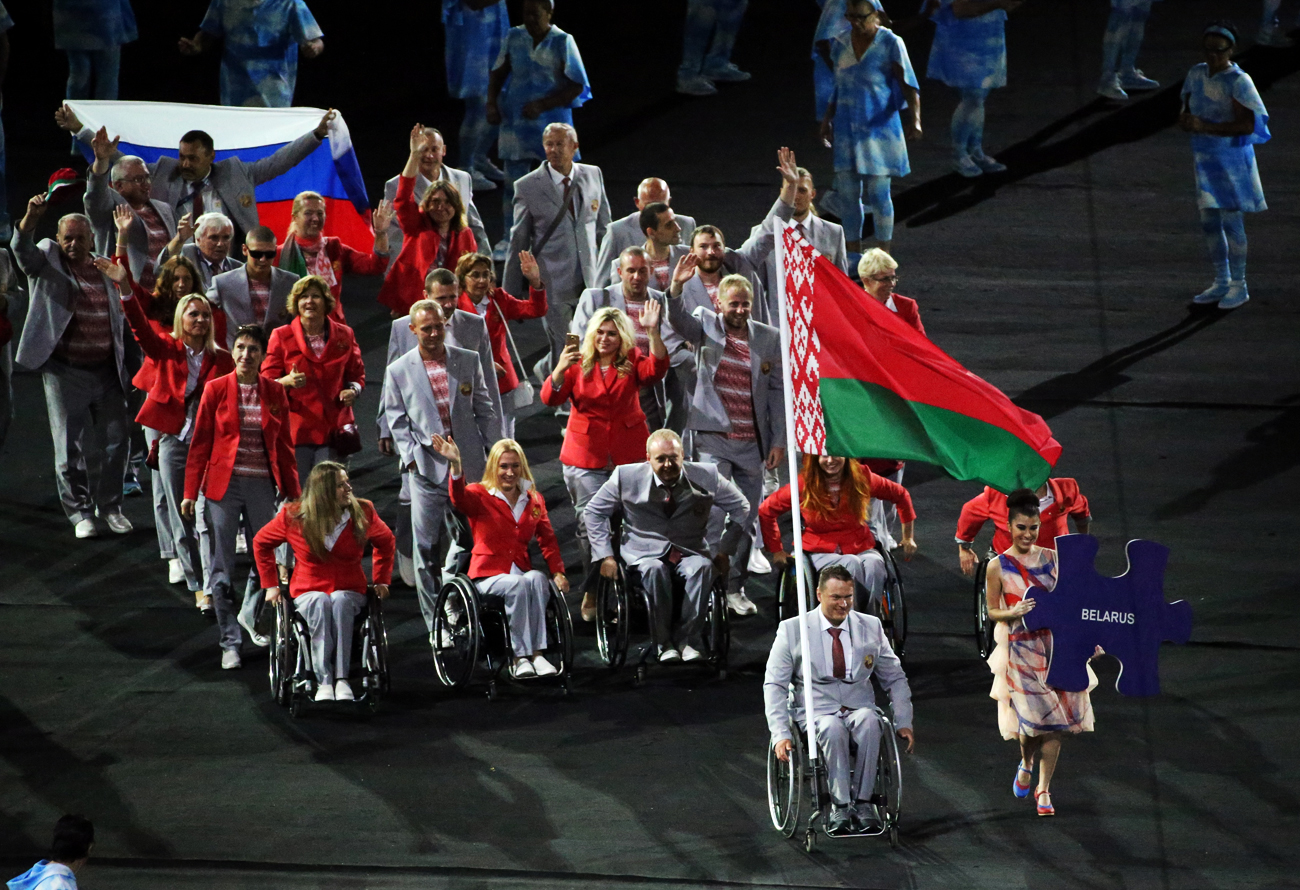 During the parade of nations at the Maracana stadium on Sept. 7, a member of the Belarusian team’s delegation carried the flag of Russia along with their national flag.

Representative of the Belarusian Ministry of Sports and Tourism Andrey Fomochkin who carried the Russian flag at the opening ceremony of the 2016 Summer Paralympic Games in Rio de Janeiro will receive an apartment as a gift, Russian Foreign Ministry’s official spokeswoman Maria Zakharova said on Oct. 3.

Zakharova said her acquaintance called her and told her about his friend who wanted to make such a present to Fomochkin as a sign of appreciation of what he did.

"I will not tell you everything. I will only say that the apartment is real, it is in the finished building - I checked it all by myself, of course. You will learn tomorrow who this mysterious Count of Monte Cristo is and how our Belarusian hero will react to such present because Andrey Fomochkin came to Moscow today," the spokeswoman explained.

Andrey Fomochkin carried the Russian flag at the athletes’ parade at the opening ceremony of the 2016 Paralympics in Rio de Janeiro in sign of solidarity with Russian para athletes who were banned from participating in the Games. After this, Fomochkin was stripped of his accreditation to the Paralympics.