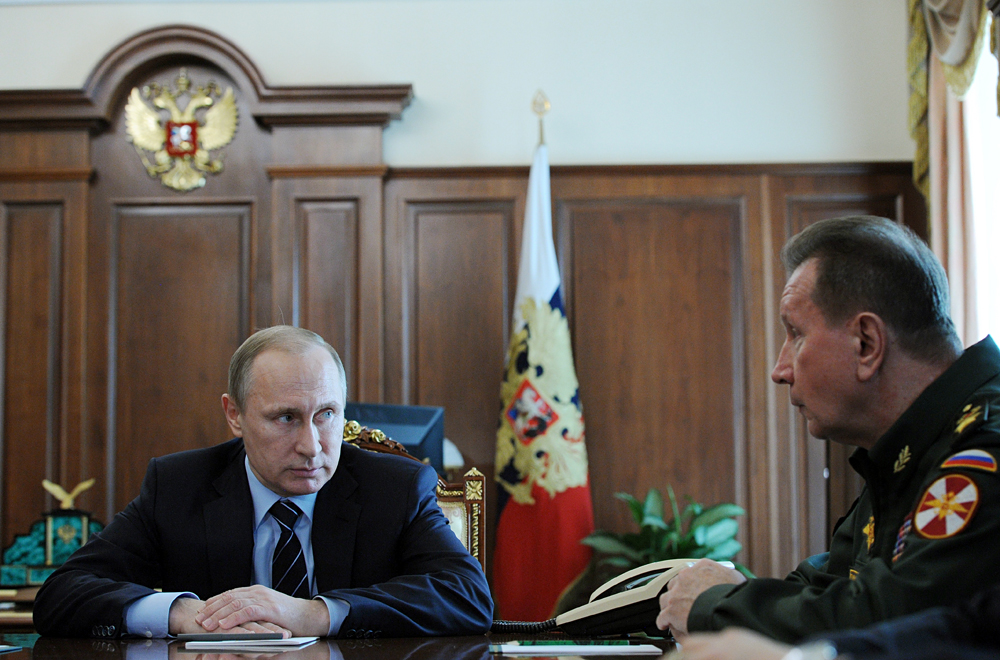 Russian President Vladimir Putin in his decree on the Russian National Guard allowed the force to have seven deputy directors and introduced a number of other positions. The decree has been published on the governmental legal information website.

"The statute of the Federal Service of the Forces of the National Guard of the Russian Federation attached hereinafter shall be hereby approved," the decree says.

"…Shall organize and support the participation of the National Guard in expert examination of the antiterrorist protection and security of the facilities it guards," the document says.

According to the statute, the National Guard shall participate in devising the air security measures for civil aviation within its scope. The powers of the service shall include the devising and implementing of governmental programs within its remit and the drafting of defense procurement program proposals.