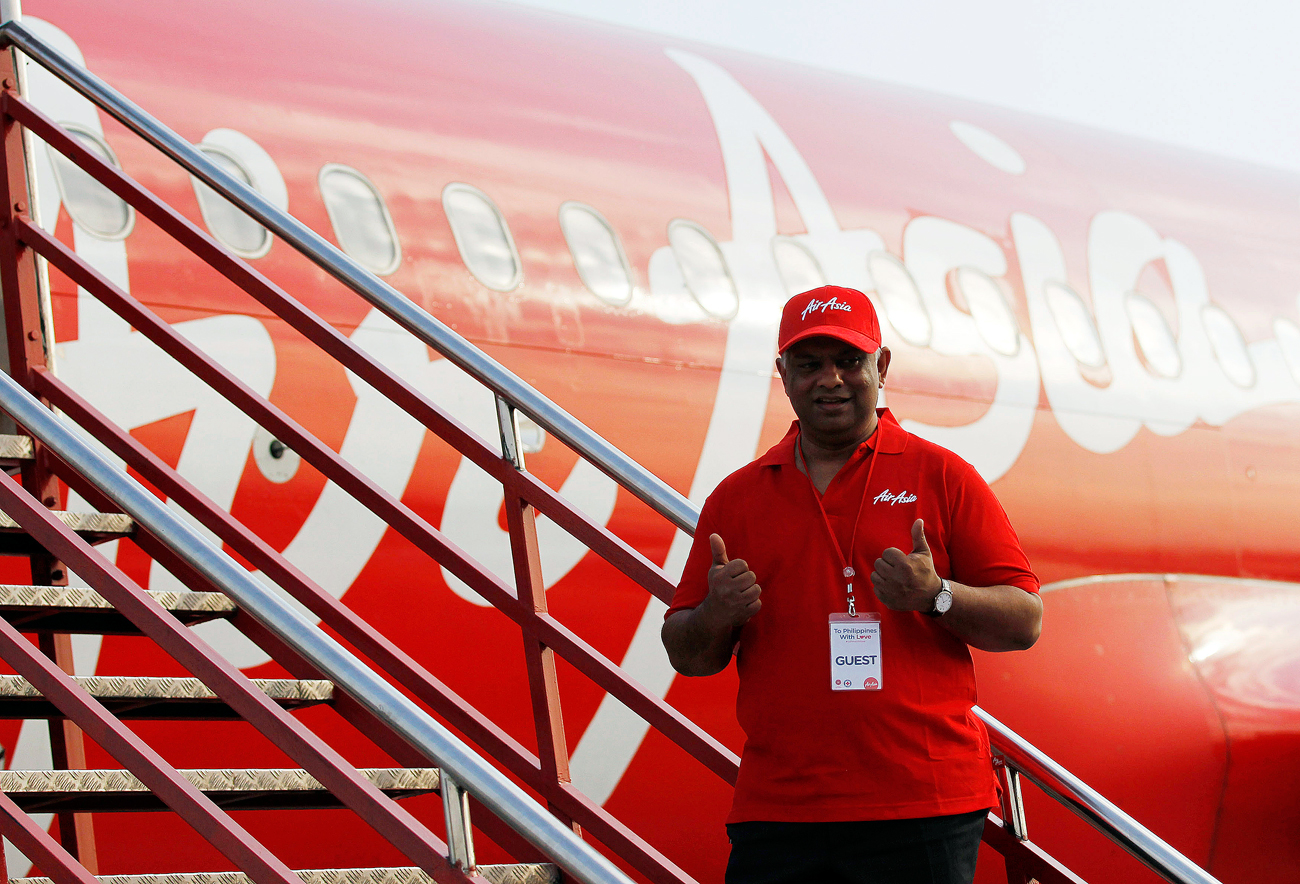 Tony Fernandes, CEO of AirAsia, gestures before boarding a AirAsia Airbus A320 plane at the domestic airport in Manila.

AirAsia is considering adding Russia to its list of destinations, the Malaysian low-cost carrier’s founder Tony Fernandes told the Vedomosti newspaper in an interview on Oct. 18.

Russia is becoming an increasingly popular tourist destination for Asian tourists, Fernandes said. “My video on Facebook from the Red Square was viewed by 60,000 people in two hours! I got 300 comments, and everyone asked about when AirAsia would start to fly to Russia,” Fernandes told the paper.

“Russia is much cheaper for visitors because the ruble is weak,” Fernandes said. “And for Russians, who want to visit another part of the world, Asia is probably cheaper than most other places. I think therefore we have a win-win situation.”

In March 2016, Fernandes met Valentina Matvienko, Chairman of the Federation Council, who was on an official visit to Malaysia.  After the meeting, Fernandes wrote on Twitter that the low-cost carrier’s subsidiary airline AirAsia X was considering starting flights to Russia.

AirAsia X focuses on medium - and long-haul passenger flights, mainly in Asia and Australia. AirAsia X flight fleet consists of 26 A330-300 aircraft. According to the company, it has carried more than 10 million passengers since 2007.