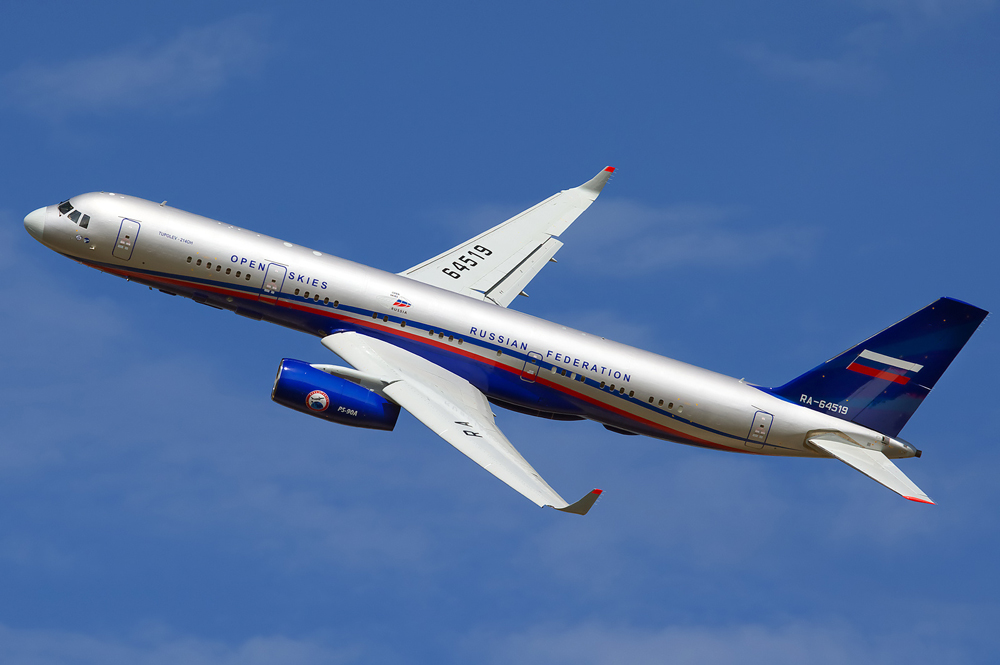 "Under the international Open Skies Treaty, Russian inspectors plan to make an observation flight onboard a Russian Tu-154MLk-1 plane over the U.S. territory," he said.

Russia to use digital video cameras on surveillance flights

The U.S. military will perform an observation flight over Russia in a period from Nov. 14 to 18. The flight will be performed onboard an OC-135b plane from an airfield in Russia’s Far Eastern Khabarovsk, he said, adding Russian specialists will be on board the U.S. plane to monitor compliance with the provisions of the treaty. Correspondingly, U.S. specialists will be onboard the Russian plane.