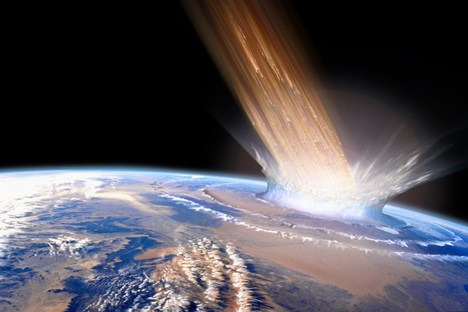 Such meteorites pose no threat for humans

The meteorite that exploded above Russia’s southern Siberian republic of Khakassia on Dec. 6 could be about 10-15 meters in diameter, a leading Russian space scientist told TASS.

"Obviously, the meteorite wasn’t big. Judging by the fact that it burned up or exploded before reaching surface, it’s obvious that it can hardly be more than 10 or 15 meters in size and that apparently it is not made of iron," head scientist of Space Research Institute (IKI) of Russian Academy of Sciences Natan Eismont said.

He added that such meteorites pose no threat for humans and "a significant amount" of them enter the atmosphere daily.

A celestial body, presumably a meteorite, fell in Khakassia at about 14:37 Moscow time, the official website of the city of Sayanogorsk said earlier in the day. "The Sayano-Shushenksya Hydro, the Maina Hydro, Rusal aluminum smelters and the city’s infrastructures operate normally," the report said.

The unusual bright glow in the sky over Khakassia was seen by many witnesses and caught on cameras.

A member of the meteorites committee under the Russian Academy of Sciences, Viktor Grokhovsky, told TASS that the meteorite that probably exploded above Khakassia could be far less in size than the one that crashed into Lake Chebarkul, near Chelyabinsk, in February 2013.