Russia points to 10% jump in outbound tourism during holiday season 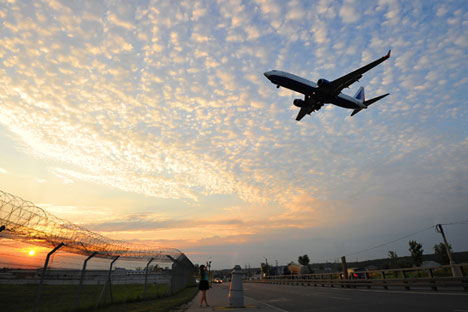 "On the whole, the number of our fellow citizens who have travelled abroad, has grown by around ten percent compared with the 2015-2016 season."

PhotoXPress
Thailand, Vietnam and Dominican Republic were most popular destinations

The number of Russian tourists travelling abroad during the holiday season rose ten percent this year compared with the 2015-2016 season, Executive Director of the Association of Tour Operators of Russia (ATOR), Maya Lomidze said in an interview with the Rossiya 24 TV channel.

"On the whole, the number of our fellow citizens who have travelled abroad, has grown by around ten percent compared with the 2015-2016 season," she noted.

According to Lomidze, Thailand, Vietnam and the Dominican Republic were the most popular destinations among Russian tourists. "These three win by a large margin, followed by Europe’s sights and Alpine skiing resorts," the ATOR executive director added.

Lomidze also said that despite the drop in the annual number of outbound Russian tourists, thanks to the holiday season, a positive trend for growth in the tourism industry had emerged.

Lomidze said earlier that the number of outbound tourists had declined by six percent in the January to November period compared with the same period in 2015. The ATOR executive director pointed out that in 2016, package tours to Turkey and Egypt were unavailable which had played its part. She said that Greece, Spain, Thailand, Finland, Vietnam, Tunisia, Cyprus, Italy, Bulgaria, Croatia and the Dominican Republic were the most popular tourist destinations.