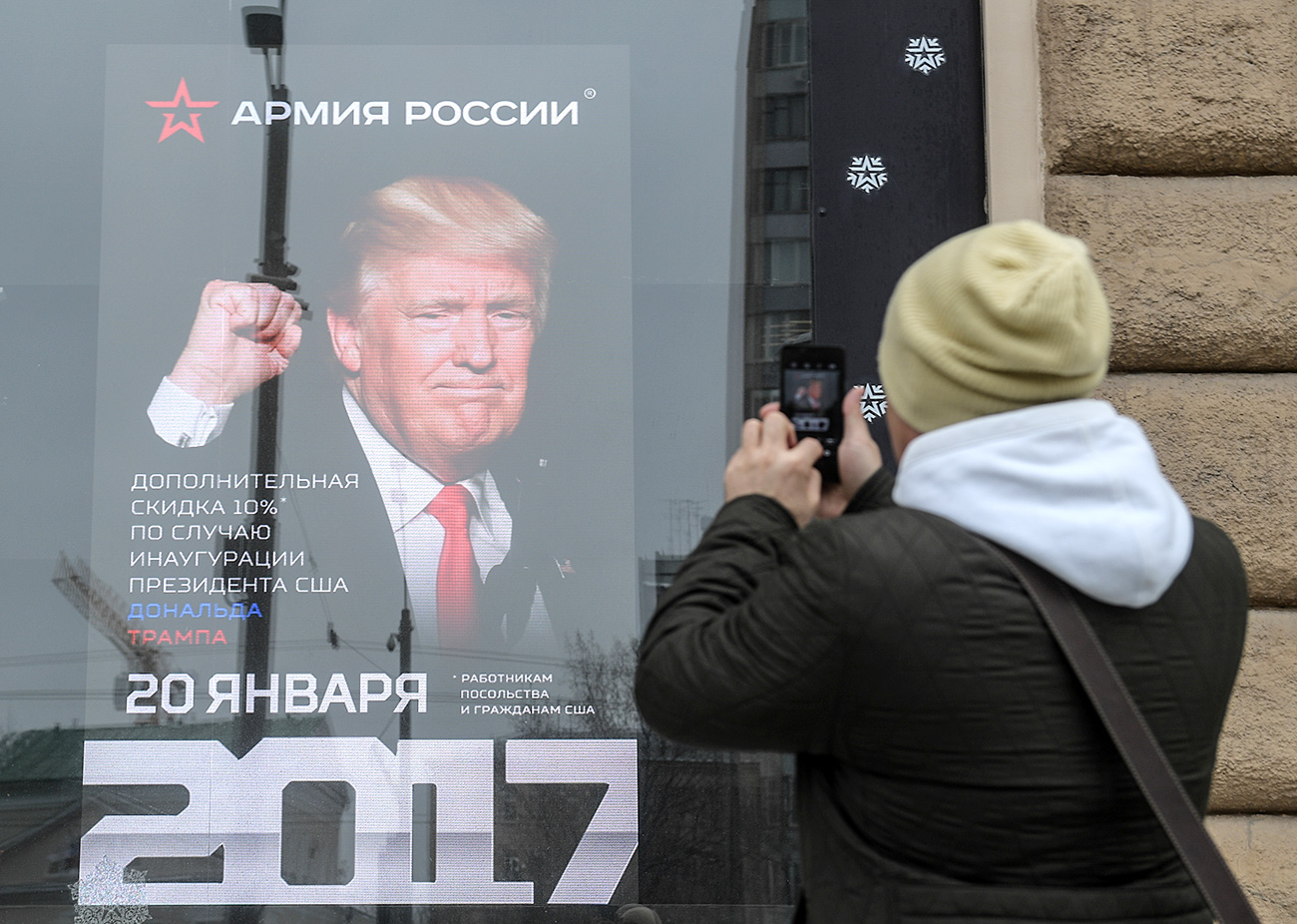 The Army of Russia store, located on Novinsky Boulevard opposite the U.S. embassy, has put up a banner in its window promoting the discount.

A Moscow army supply store is offering a special treat to U.S. diplomats and other American citizens on Jan. 20 when the 45th President, Donald Trump, will have his inauguration in Washington D.C. All those who show a valid U.S. passport will receive a 10 percent discount if they turn up and buy something, reported TASS.

The Army of Russia store, located on Novinsky Boulevard opposite the U.S. embassy, has put up a banner in its window promoting the discount. Voyentorg, the company that owns the store, confirmed the promotional event on Jan. 20, reported TASS.

This will be the second promotional event of its kind. The army supply store also held one on Nov. 8 and Nov. 9 when it offered a 5 percent discount to U.S. diplomats and citizens on the occasion of the U.S. presidential election.

The Russian Defense Ministry chartered the Voyentorg joint-stock company in spring 2009. It is the exclusive supplier of clothing to the Russian Armed Forces, but it also provides catering, offers bath and laundry services, and runs a chain of retail trade outlets.