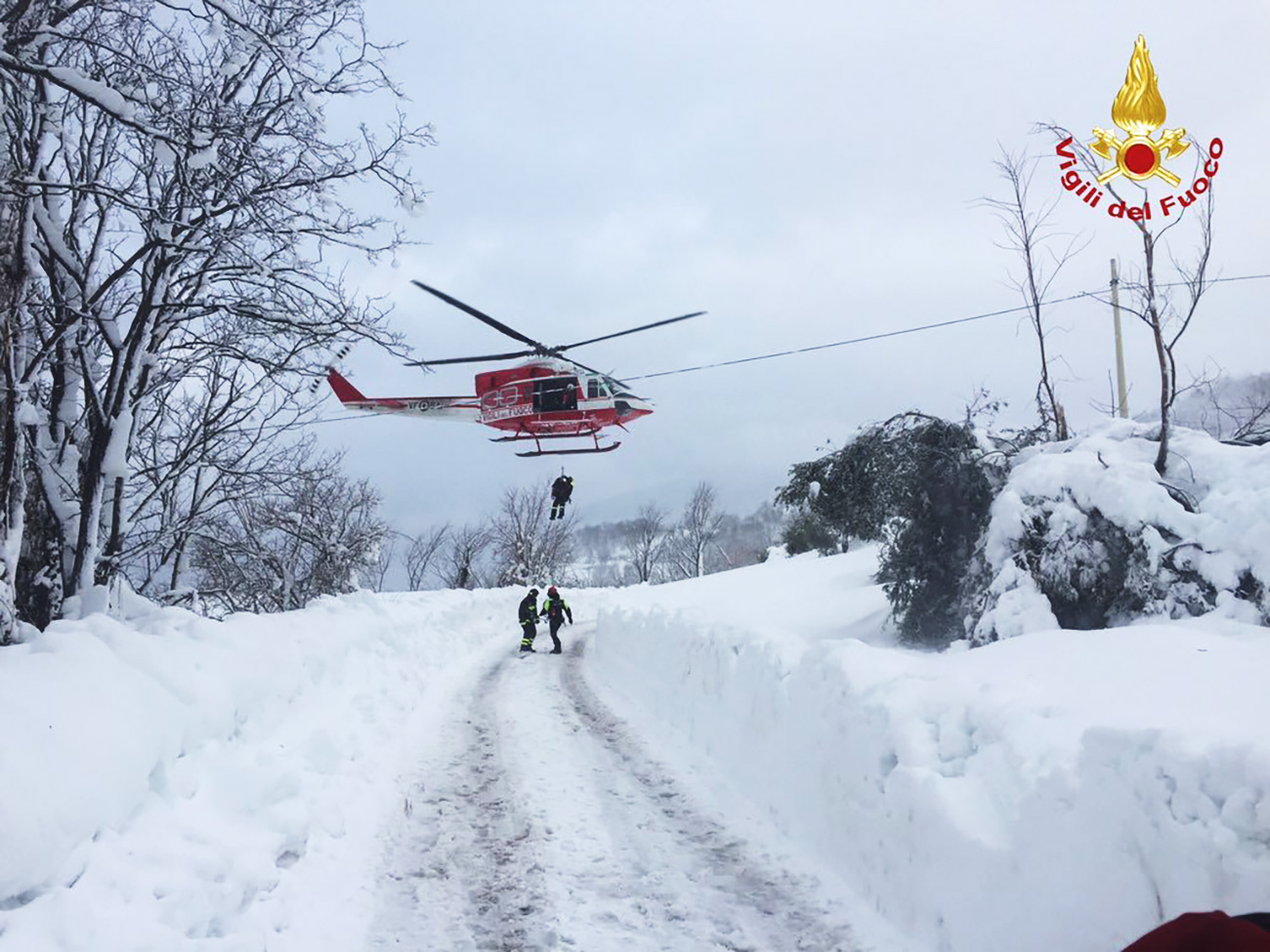 Firefighters and a helicopter during rescue operations near the hotel 'Rigopiano', which was buried in an avalanche, in the region of Abruzzo near Farindola, Italy, Jan. 19, 2017. A avalanche caused by an earthquake buried the hotel.

Russian President Vladimir Putin has offered his condolences to Italian Prime Minister Paolo Gentiloni over a deadly avalanche in the Abruzzo region. The condolence message has been published on the Kremlin website.

"I would like to express my deepest condolences over a deadly avalanche in the Abruzzo region. Please convey my sympathies to the friends and families of the departed. May they have courage at this hard hour," the message says.

Four powerful earthquakes rocked the Lazio, Marche and Abruzzo regions in central Italy on Jan. 18, particularly affecting the areas devastated by earthquakes in August and October 2016. A snow avalanche hit the Rigopiano di Farindola hotel in Abruzzo, around 30 people, including 20 visitors, are said to have been at the hotel at the time. According to rescue workers operating at the disaster site, "many bodies" have been discovered in the hotel building.  Six people have been found alive under the snow, the Italian ANSA news agency reports.