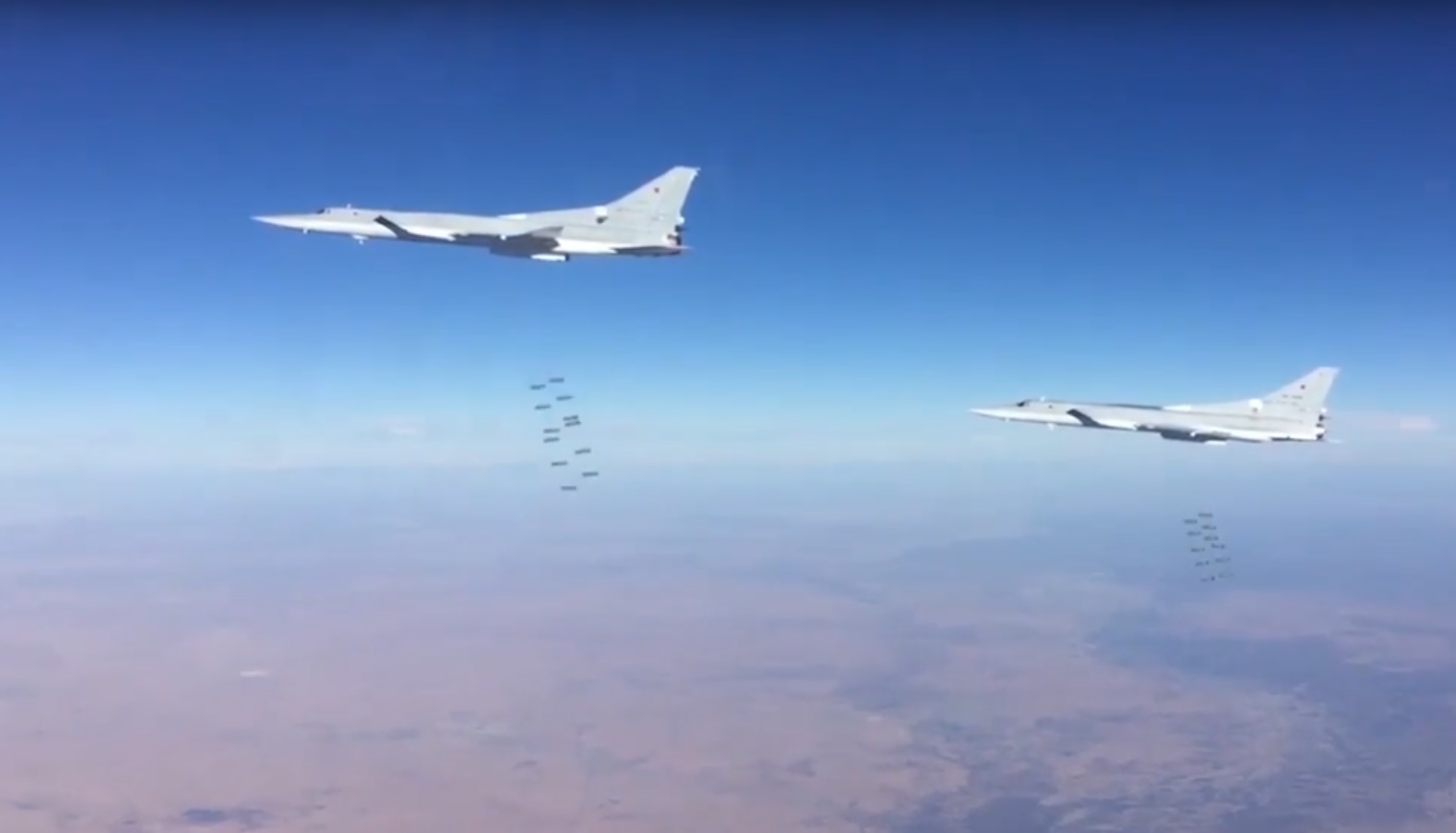 Mil.ru
All attacked targets had been wiped out, says Russian Defense Ministry

Six Tupolev-22M3 bombers have dealt strikes against arms and ammunition depots of the Islamic State (outlawed in Russia) in Syria’s Deir ez-Zor province to wipe out all targets, the Russian Defense Ministry said on Jan. 24 in a statement obtained by TASS.

"On Jan. 24 six Tupolev-22M3 bombers took off from an airdrome in Russia to fly over the territories of Iraq and Iran to eventually deal a massive air strike against an ammunition and explosives production facility and weapons and ammunition depots of the Islamic State (outlawed in Russia), as well as groups of IS military vehicles and equipment in Deir ez-Zor province," the report runs.

The Defense Ministry said objective monitoring means confirmed all attacked targets had been wiped out.

All bombers have returned to base. Sukhoi-30SM and Sukhoi-35S fighters provided protection for their mission from the Hmeymim base.

Read more: Russia to build full-fledged naval base in Syria