Mariinsky and Maly Drama theaters to perform in Washington 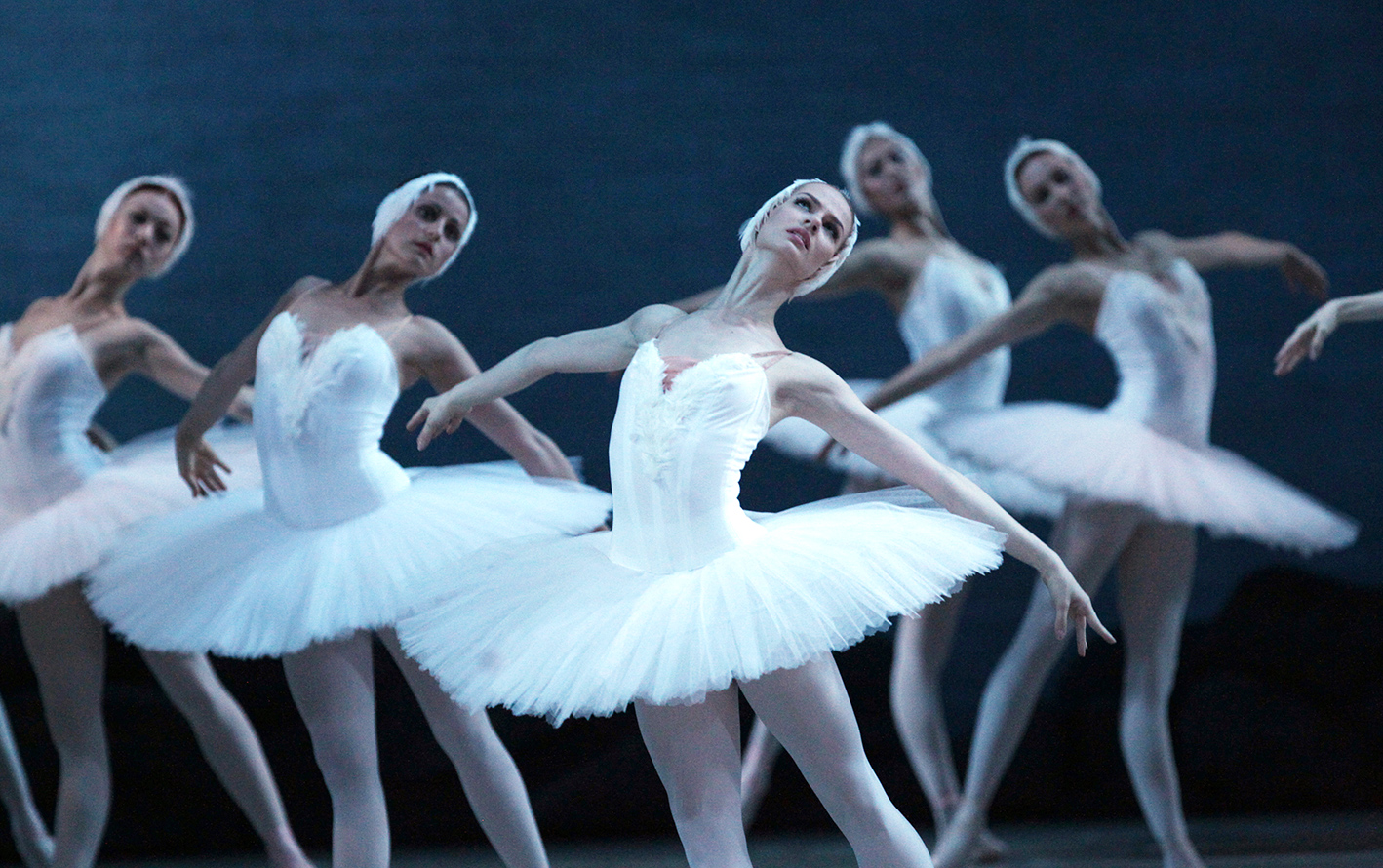 A rehearsal of the Swan Lake ballet's 3D broadcast at the Mariinsky Theater in St. Petersburg.

Igor Russak/RIA Novosti
Artists will perform at the John F. Kennedy Center for the Performing Arts

Russia’s two theater companies from St. Petersburg are beginning a series of performances in Washington, DC. While the local audience is familiar with the former, the latter will visit the United States" capital city for the first time.

Russians will be performing at the John F. Kennedy Center for the Performing Arts. Meg Booth, the center’s Director of Dance Programming, told TASS that "the Kennedy Center is fortunate to present and enjoy the artistry of the Mariinsky each year." We are fortunate to be one of the few theaters in the world outside their home that has an annual visit from the legendary company," she said.

Booth noted that the Kennedy Center "first presented the Mariinsky (then Kirov) in 1989 but then not again until 2002 when we began the annual engagement."

When asked whether the center is going to expand cooperation, Booth replied in the negative explaining that it is essentially impossible. "Given their busy performance schedule with two theaters operating continuously in St. Petersburg, and the Kennedy Center’s packed Opera House schedule, we look forward to continuing this annual engagement rather than expand it," she explained.

This year the Mariinsky Theater will perform the Little Humpbacked Horse ballet (music by Rodion Shchedrin, choreography by Alexei Ratmansky) in Washington for the first time. Performances will run from Jan. 31-Feb. 5.

What people in the know say

The 10-year cooperation agreement between the Mariinsky Theater and the Kennedy Center expired in 2012. However, this did not affect the relationship between the parties, Yuri Fateyev, Acting Director of the Ballet Troupe, earlier told TASS.

"I believe the most important thing is the declaration of intent. "The Kennedy Center invites us to perform here and wants to see us here. Whether the contract was signed for a year or, say, for 10 years, I believe this is not so important since plans we have made with the Kennedy Center are long-term," Fateyev said.

The Kennedy Center is planning to establish cooperation with the cultural institutions in Russia it had no ties with before, Alicia Adams, Vice President of the center’s Dance and International Programming, told TASS.

"In April of this season, the Kennedy Center is presenting one of the most internationally acclaimed companies in Russia, Maly Drama Theatre of St. Petersburg and their production of Anton Chekhov's masterpiece Three Sisters. Renowned director Lev Dodin directs this radiant and complex play of the legendary playwright and it will be performed in Russian with projected English titles," Adams said.

"We are looking forward to their Kennedy Center debut as they have not performed in Washington, DC, previously," she added. The Three Sisters are expected to be performed there on April 26-30.