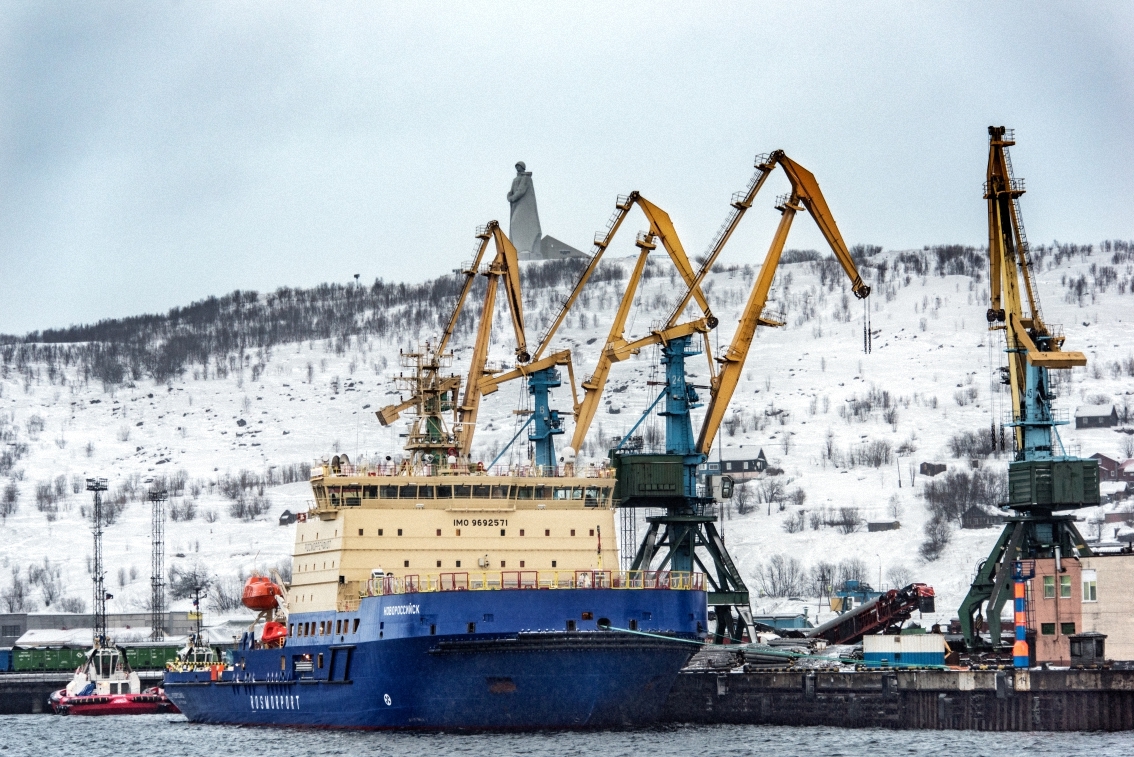 The icebreaker Novorossiysk, the third and the last Project 21900M vessel, has completed its loading operation at the Murmansk marine commercial port in north Russia and is preparing to set off for its debut Arctic voyage, the port’s press office reported on Jan. 31.

"Murmansk port workers have loaded a batch of building materials and automotive equipment’s spare parts onto the vessel. The Novorossiysk is planned to set off for the Franz Josef Land archipelago already today," the press office said.

This is the first voyage of Russia’s most advanced icebreaker to the Arctic latitudes after the start of its operation. The Novorossiysk is set to start operating in the White Sea already in February to lead large-tonnage ships through the ice, the Murmansk port’s press office said.

The icebreaker’s call at the Murmansk marine commercial port opens the port’s Arctic program for 2017. The port plans to intensify work in the Arctic direction, continue handling cargoes for infrastructural facilities under construction on the Arctic peninsula of Yamal, and also on the islands of Arctic archipelagoes.

The Project 21900M icebreaker Novorossiysk was built on order from Russia’s Federal Agency for Maritime and River Transport at the Vyborg Shipyard in cooperation with Finland’s Arctech Helsinki Shipyard.

The ceremony of signing the icebreaker’s acceptance certificate was held in St. Petersburg on December 26, 2016.

Two diesel-electric icebreakers of this series, the Vladivostok and the Murmansk, are already operating in the Baltic Sea and in the Arctic basin.

The Novorossiysk is also expected to be used in the Baltic Sea in the winter period and in Arctic seas in the summer and autumn period.