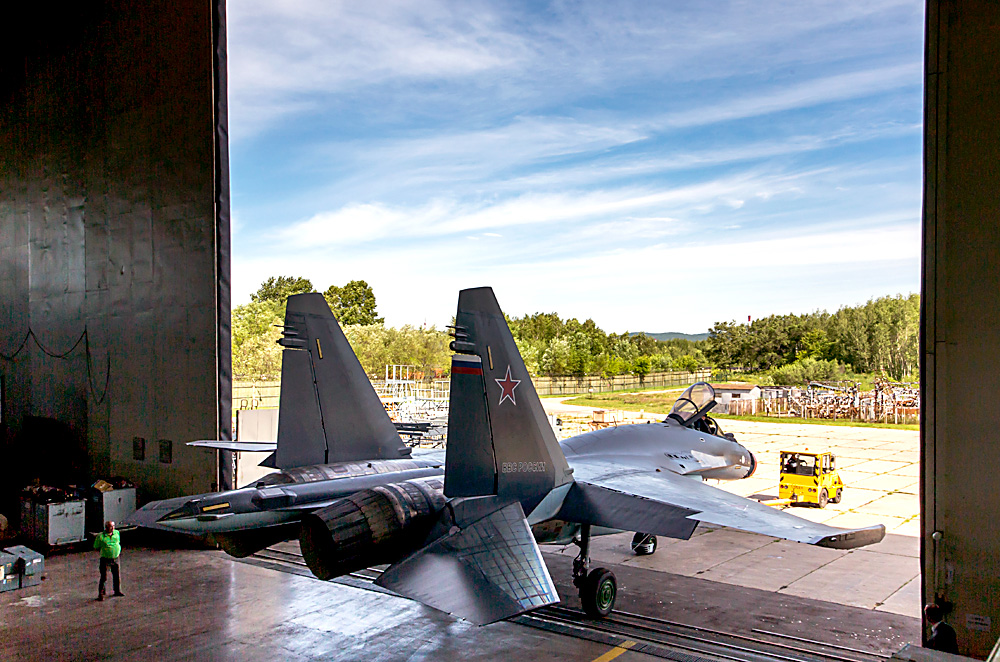 A Sukhoi-35 fighter being assembled in a workshop at the Gagarin Aircraft Manufacturing Enterprise in Komsomolsk-on-Amur.

Marina Lystseva/TASS
Beijing will have 34 Su-35 aircraft by 2018, a source told TASS.

A batch of 10 Su-35 fighter jets will be delivered to China this year and another batch of 10 aircraft will be in Beijing’s possession in 2018, a source in the field of military and technical cooperation with foreign countries told TASS on Feb. 2.

“The first four planes were supplied late last year and the second batch of 10 jets will be delivered to the customer this year,” the source said. 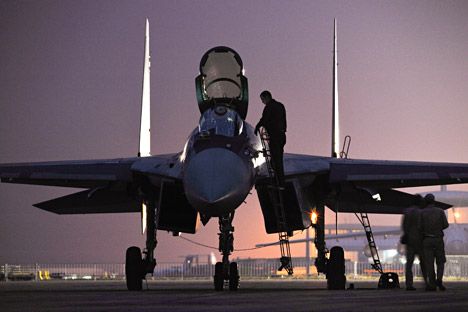 The Federal Service for Military-Technical Cooperation has declined to comment on the timeframe of the transfers.

In Nov. 2016, Deputy Director of the Federal Service for Military-Technical Cooperation Vladimir Drozhzhov told TASS that Russia had started meeting its commitments under the contract with China for the delivery of the fighter jets.

Russia and China signed a contract in Nov. 2015 for the delivery of 24 Su-35 fighter jets. The three-year deal, for the supplies of aircraft, ground equipment and spare engines, is estimated to be worth $2 billion.

The Su-35 (NATO reporting name: Flanker-E) is a highly upgraded 4++-generation super-maneuverable multipurpose fighter jet incorporating fifth-generation technologies. Its maximum speed is 2,500 km/hour. It has a flying range of 3,400 km with a combat radius of around 1,600 km.