TASS
The battle was the bloodiest in the history of humankind

The Volga River city of Volgograd (formerly Stalingrad) marks on Feb. 2 74 four years since the victory of Soviet troops in the Battle of Stalingrad, the press service of the regional administration reports.

Mamayev Kurgan, a dominant height overlooking the city, and the state panoramic museum Battle of Stalingrad will be traditionally the main sites to attract thousands of local residents and guests.

They will climb 200 stairs, the number of days that the battle against German troops continued, to lay flowers to the Eternal Flame. 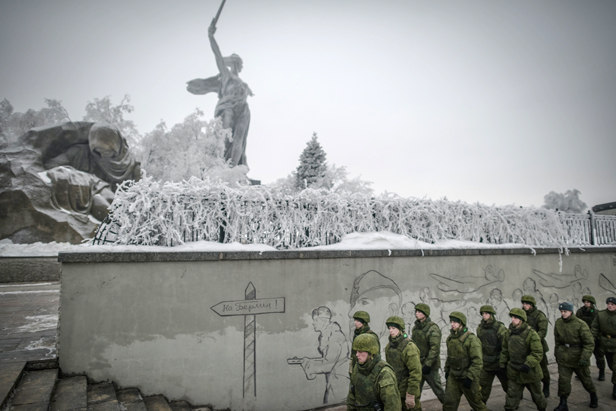 200 Days of Confrontation: Commemorating the Battle of Stalingrad

All in all, according to the city administration, about 100 different events timed to the date will be held in the city - meetings with veterans, tours to battle sites, exhibitions, concerts and a race. A minute of silence will be observed at noon at all schools of Volgograd.

A total of 212 veterans of the Battle of Stalingrad still live in the city.