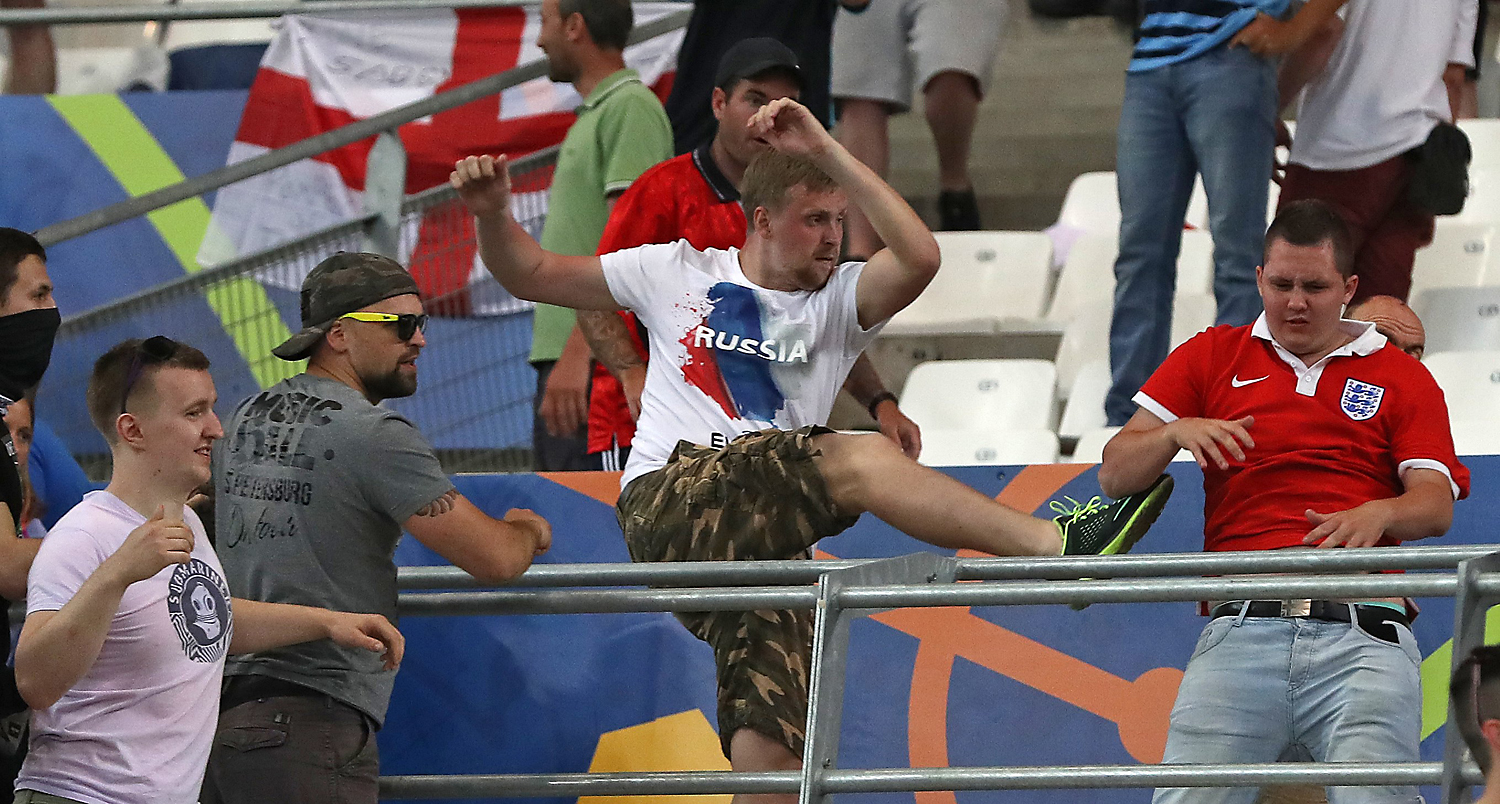 June 11, 2016. Russian fans attack an England fan at the end of the Euro 2016 Group B soccer match between England and Russia, at the Velodrome stadium in Marseille, France.

"Unfortunately, we recently witness an eroding quality and impartiality on behalf of our colleagues from BBC and need to express our regrets in this regard," Peskov said. "The documentary itself seems to be low-rate product as well."

"Considering high-profile stories of England’s football hooliganism across the whole European continent, it should be probably not up for England raising the issue of football hooligans," Peskov said adding that he personally did not watch the documentary and had no intentions whatsoever to do it.

BBC television channel released a documentary on Feb. 17 in which Russian hooligans were warning British football fans about a ‘festival of violence’ in response to the notorious clashes in the French Riviera city of Marseille last year during the 2016 UEFA Euro Cup games.