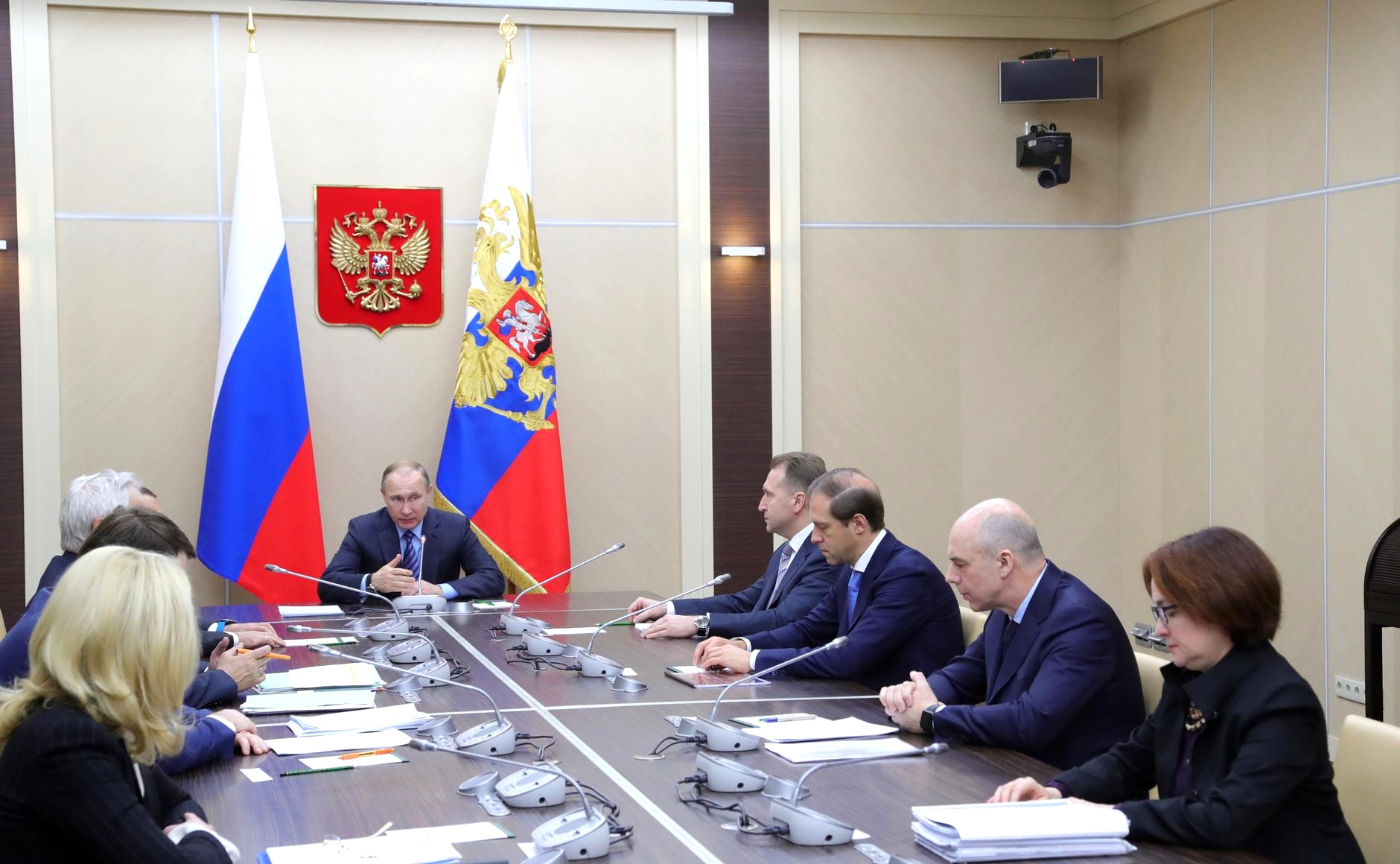 'We view positive dynamics in the economy.'

Russian authorities are noting positive economic trends whereas the results of 2016 turned out better than expected, President Vladimir Putin said at a meeting on economic issues on Feb. 17.

"On the whole, we view positive dynamics in the economy," he said, adding that last year’s main indicators "turned out better than expected."

"GDP contraction amounted to 0.2 percent, according to the latest estimates, despite worse projections, whereas industrial production increased 1.1 percent," the president said.

Inflation in Russia continues to decline, he noted. "This year, a steady decline in inflation continues, the figure broke the psychological mark of 5 percent in annual terms in February of this year, and then lowered - as of Feb. 13 it stands at 4.72 percent," Putin said.

Putin recalled that last year the level of inflation in Russia was a record low - 5.4 percent, which was better than the forecasted figure (6 percent - 6.1 percent).

He has also requested the government to find ways to tackle inflation and spur production growth, as well as ensure the recovery of real income growth in the country.

"Business activity is reviving, the so-called business confidence index is rising. Obviously, it is necessary to back up all those trends and the positive sentiment of businesses and create predictable economic and financial environment for their operations," the president said.