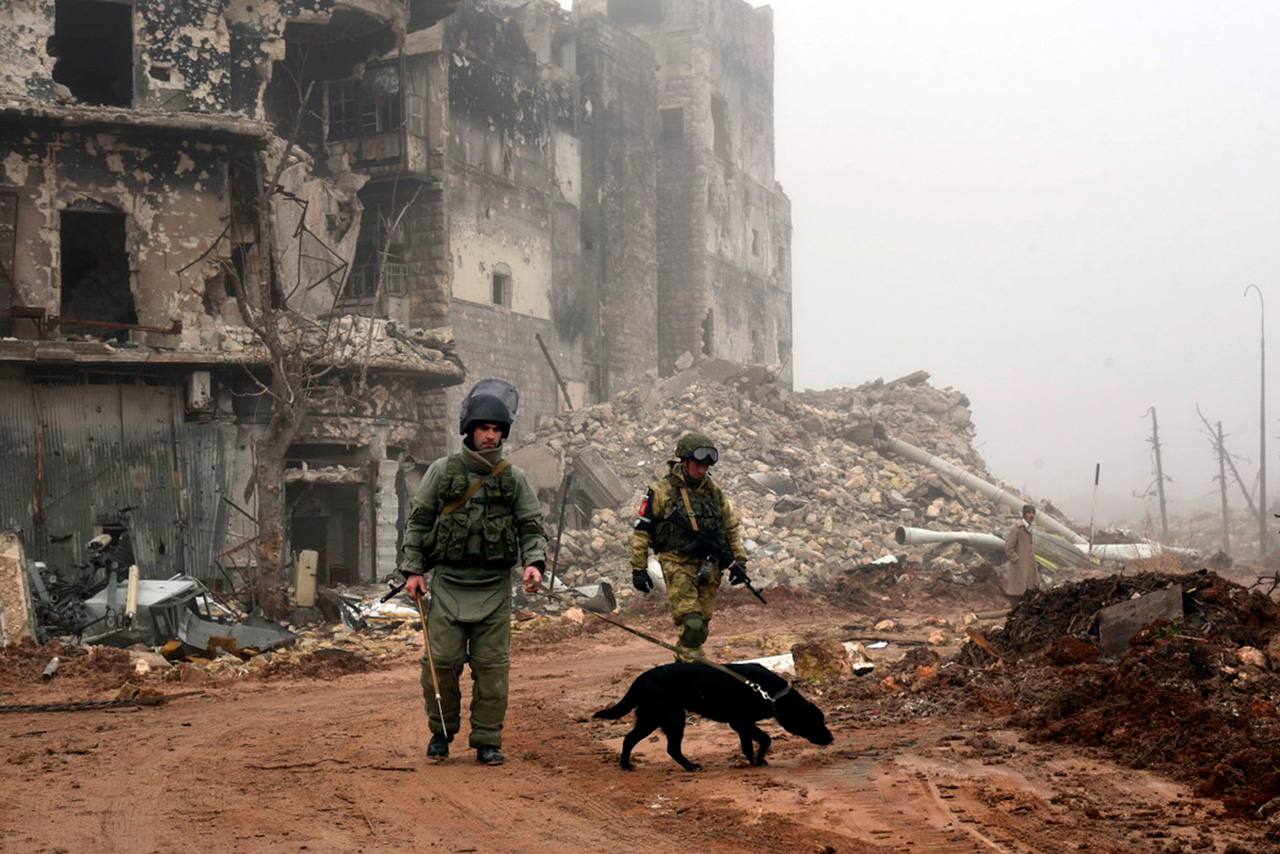 Four Russian military advisers were killed and another two were wounded in a vehicle blast in Syria.

Four Russian military advisers were killed and another two were wounded in a vehicle blast in Syria, the Russian Defense Ministry reported on Feb. 20. The vehicle was blown up as a vehicular column of the Syrian troops was moving from the Tiyas military airbase towards Homs, the ministry said.

"On February 16, 2017, four Russian servicemen were killed in the Syrian Arab Republic as their vehicle hit a remote-controlled bomb. The Syrian troops’ vehicular column that included a vehicle with Russian military advisers was moving from the area of the Tiyas aerodrome towards the city of Homs," the ministry said in a statement.

According to the ministry, the vehicle carrying the Russian servicemen covered a distance of 4 km, after which it hit a roadside bomb. Another two Russian military advisers were wounded in the blast. Russian army doctors are now trying to save their lives, the statement said.