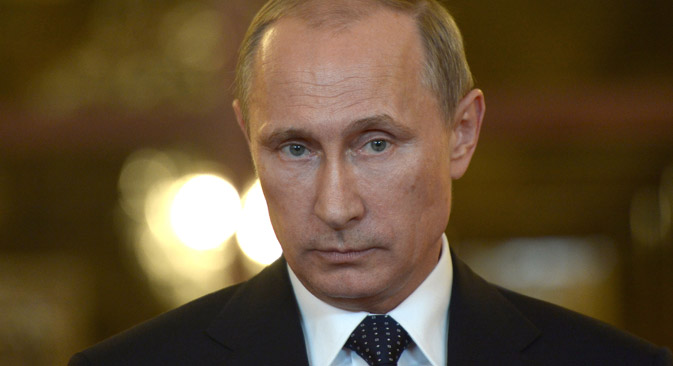 "The president was grieved to learn about the death of Vitaly Churkin," he said. "The head of state highly estimated Churkin’s professionalism and diplomatic talents."

"The president expressed condolences to his family and to the Russian foreign ministry over Vitaly Churkin’s death," he said. The president’s condolences were posted on the Kremlin’s official website.

Vitaly Churkin died in New York on Feb. 20 a day before his 65th birthday. The Russian foreign ministry said the diplomat has died while performing his duties. Churkin has been Russia’s Ambassador to the United Nations since 2006.