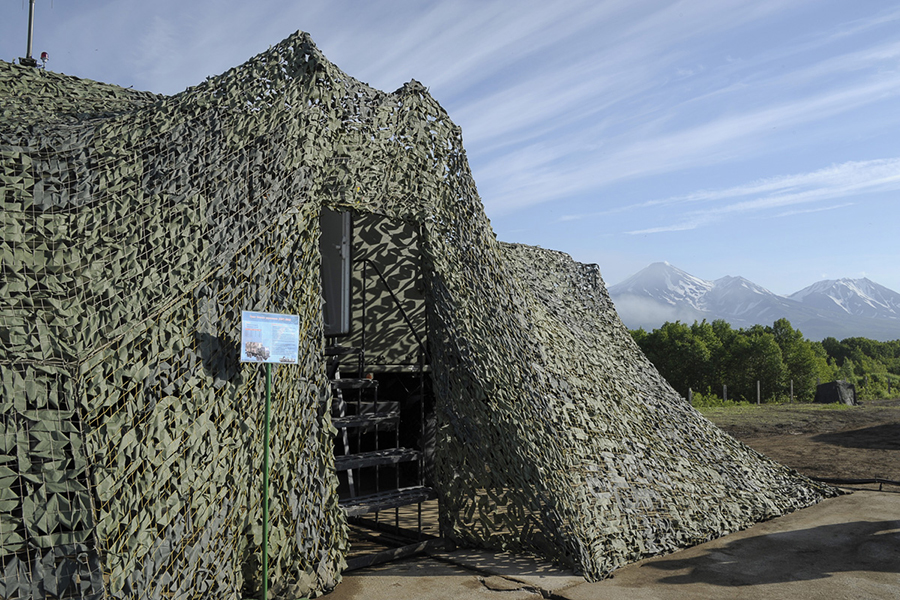 According to the company, the new camouflage material will help hide equipment from precision weapons by changing color and imitating complex patterns.

Mil.ru
Energy-efficient screens will be able to disguise objects from adversaries

The Russian hi-tech holding Ruselectronics (part of the state-owned corporation Rostec) is developing a camouflage material that will help hide equipment from precision weapons by changing color and imitating complex patterns, which even include wind-rippled tree leaves, the holding’s press office told TASS.

This innovation is instrumental creating energy-efficient screens that can disguise objects from adversaries.

According to the tech company’s spokesperson, the screens display patterns through special polymer materials, which change color under the influence of electrical impulses.

Experimental models of the camouflage materials and a system control prototype have already been developed.

"Synthesized materials are the up and coming technology when it comes to countering precision-guided munitions. The main trend is homing missiles based on recognition and analysis of patterns and observable target characteristics. The Central R&D Technological Institute, Technomash (part of Ruselectronics), has developed a technology that ensures visual camouflage rather than mere electromagnetic or heat disguise," the holding’s press service reported, citing the deputy CEO Igor Klochko.

He added that this design could also have some civil applications. "The innovation can be used to build different types of visual display units, including device screens that don’t use electronic ink but are as safe for the eyes. Technomash’s development has the potential to create a screen that is both sustainable and has a full-color gamut," Klochko noted.

Read more: Why surplus Soviet military equipment is still used in the U.S.