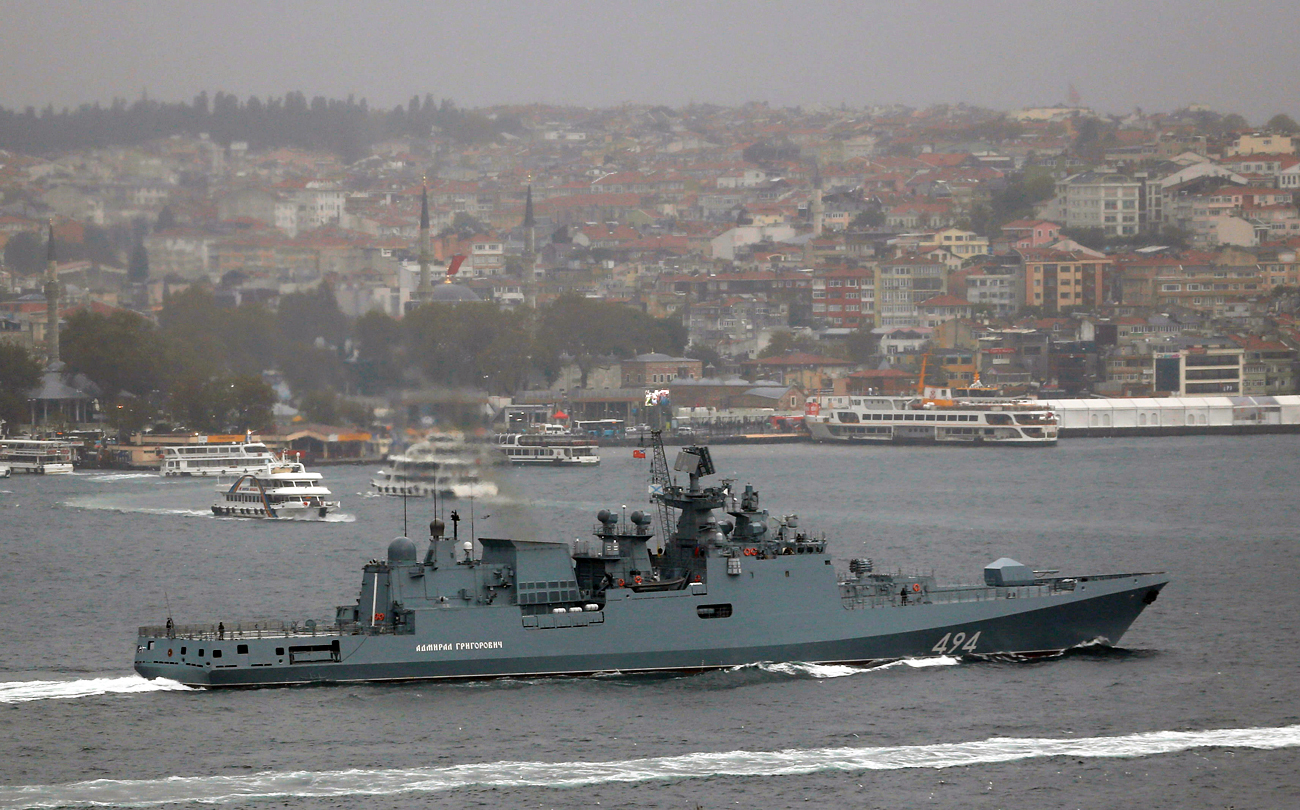 The Russian Black Sea Fleet’s advanced frigate Admiral Grigorovich has set off for its long-distance voyage in the Mediterranean Sea, the Defense Ministry said on Feb. 27.

A source in the Crimean defense circles earlier told TASS about the frigate’s dispatch to the Mediterranean Sea. As the source said, the frigate will join the Russian Navy’s Mediterranean permanent grouping for a long term.

"The combat ship commanded by Captain 3rd Rank Anatoly Velichko has started accomplishing missions of its already third distant-waters voyage, during which it will operate within the Russian Navy’s permanent task force in the Mediterranean Sea," the ministry said in a statement obtained by TASS.

The frigate has left Sevastopol on Feb. 27, heading for the Black Sea Straits, the ministry said.