Russian army general loses both legs to mine explosion in Syria 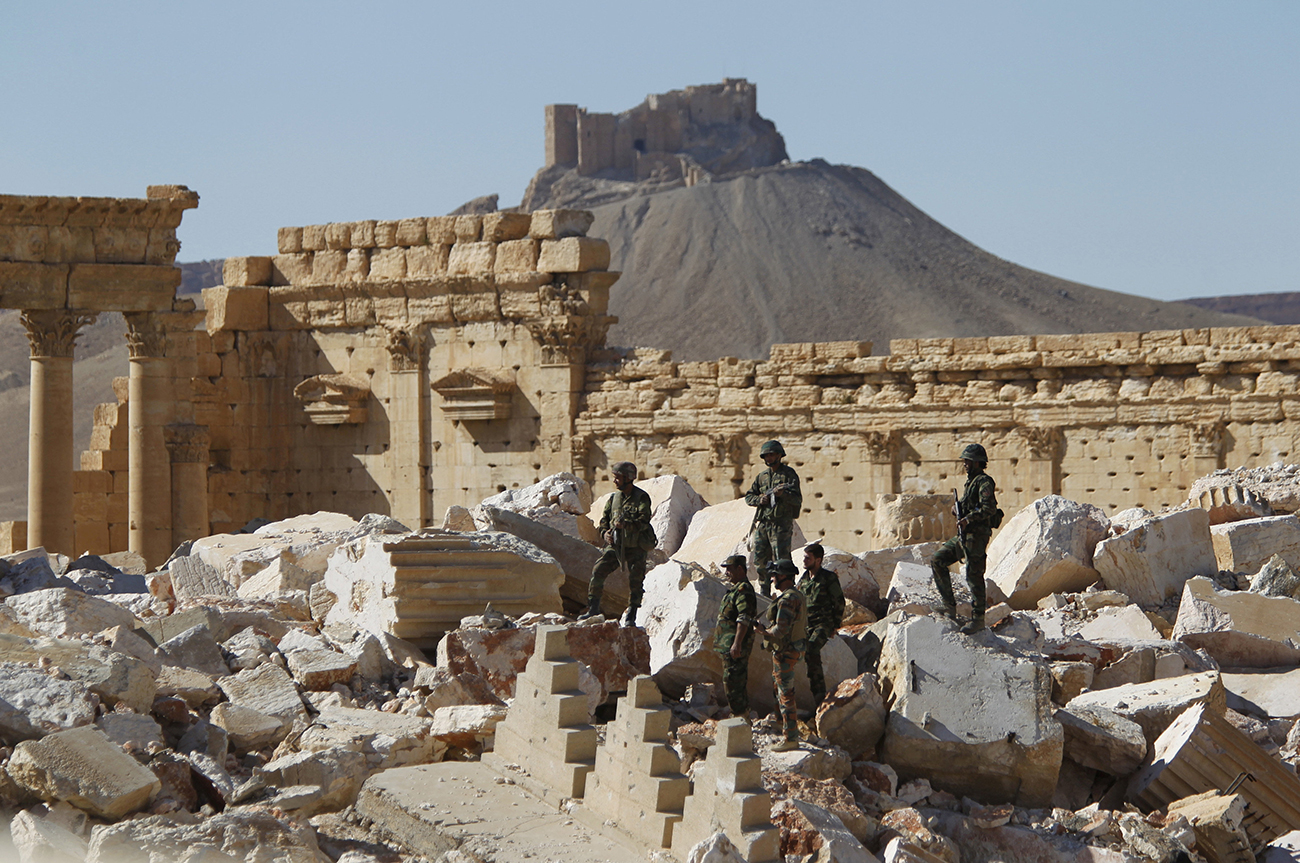 Syrian army soldiers stand on the ruins of the Temple of Bel in the historic city of Palmyra.

Major General Peter Melugin, head of the department for combat training at the headquarters of the Western military district, was seriously injured during the battle for Palmyra in Syria. This is the first Russian army general who was wounded in Syria, Russian media report.

According to Infox.ru, Melugin hit a mine about a week ago, and lost both legs and eyes.

In Syria, Melugin received medical attention, but when his condition worsened he was transferred to Moscow on a special flight that took him to the Burdenko military hospital.

"He is here," the hospital confirmed, reported Fontanka website on March 3. The hospital refused to disclose other details.

Infox reported that Melugin’s responsibilities included development of combat operations and control over their implementation.

Read more: Syria’s Palmyra to be cleared of mines again