Syria’s Palmyra to be cleared of mines again 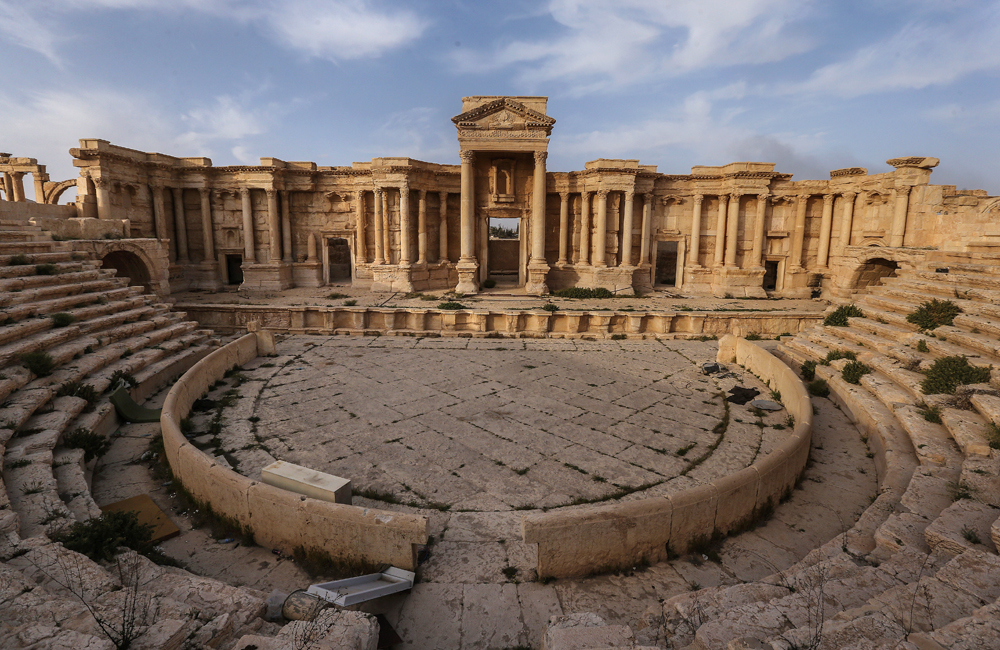 A view of the Roman Theatre in the ancient city of Palmyra, a UNESCO world heritage site.

Syrian combat engineers have started to disarm mines in the ancient city of Palmyra liberated from terrorists on March 2 and they will soon be joined by bomb specialists from Russia, Head of the Russian General Staff’s Main Operations Department Sergei Rudskoi said on March 3.

Efforts are currently under way to examine buildings and structures in the city, the Russian general said. "Syrian combat engineers prepared by Russian specialists in the training center in Aleppo have started to defuse mines and explosive devices left by terrorists. They will soon be joined by combat engineers of Russia’s International Mine Action Center," he said.

Russian combat engineers worked for a month and a half in Palmyra where they defused mines first in the city’s historical part and then its residential quarters. They cleared 825 hectares of the territory, 8,500 buildings and structures and neutralized about 18,000 explosives. In December last year, Palmyra was recaptured by extremists.