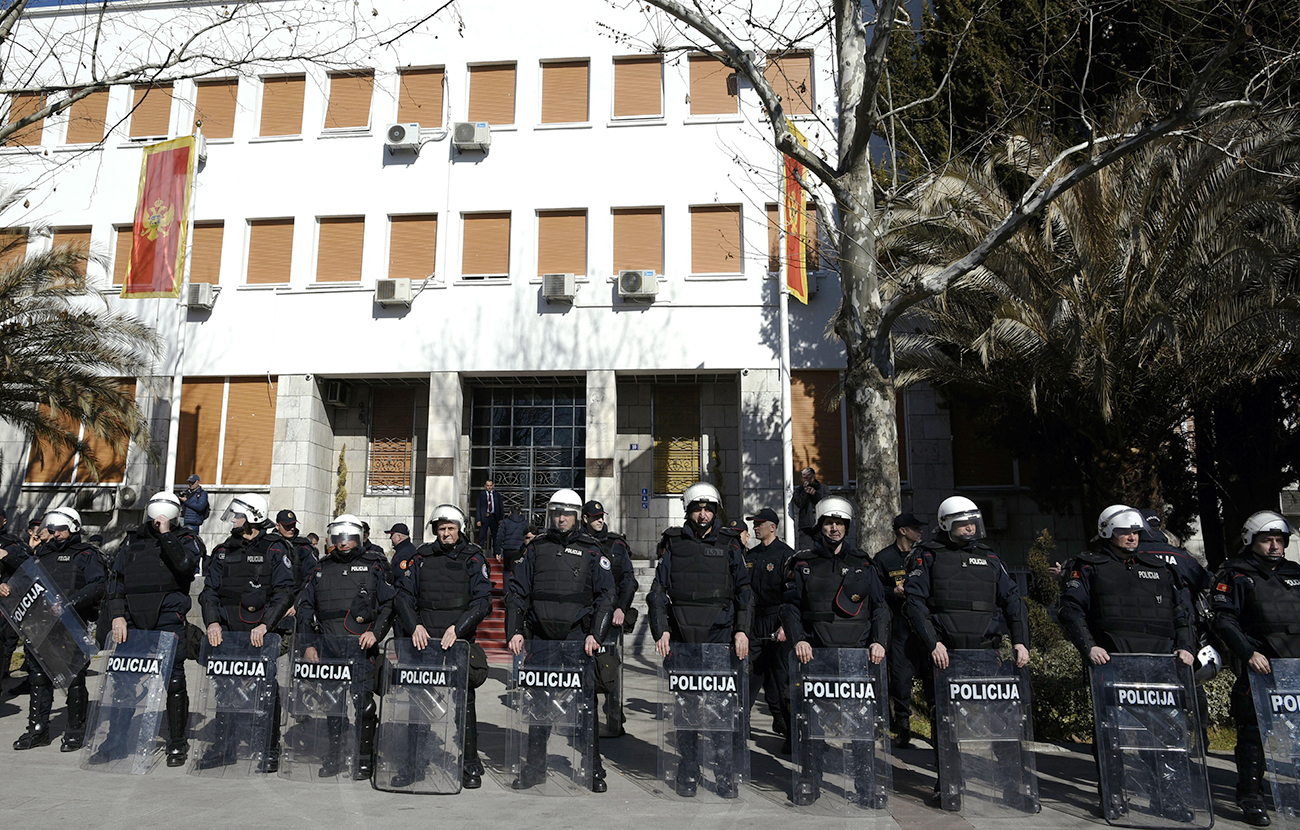 AP
The U.S. and U.K. blame the Kremlin for the political turmoil in Montenegro.

After the parliamentary election in Montenegro on Oct. 16 the country's authorities detained 12 Serbian nationals on suspicion of plotting acts of sabotage. Later, special prosecutor Milivoje Katnic claimed Russia was involved in the attempted coup, and that allegedly there were "Russian nationalist structures," as well as "Russian state bodies" behind "those events."

Katnic said a group headed by a Russian citizen, Eduard Shishmakov, was plotting the coup and the assassination of (then) Prime Minister Milo Djukanovic.

Katnic later said Montenegro intended to charge Shishmakov, and the Times of London reported that Montenegro had also put another Russian citizen, Vladimir Popov, on the Interpol wanted list. Katnic told the newspaper that Popov and Shishmakov were involved in organizing the coup attempt.

The Telegraph, citing sources in the British government, reported that the U.S. and U.K. intelligence services had proof that Russia was instrumental in preparing a coup in Montenegro.

Russian Foreign Minister Sergei Lavrov said the Montenegrin prosecutor's statement was "unfounded," and the Kremlin described the accusations against Russia as "absurd" and "irresponsible."

Read more: Was Russia involved in plotting a coup in Montenegro?