Russian female arrested in Turkey in connection with Karlov's murder 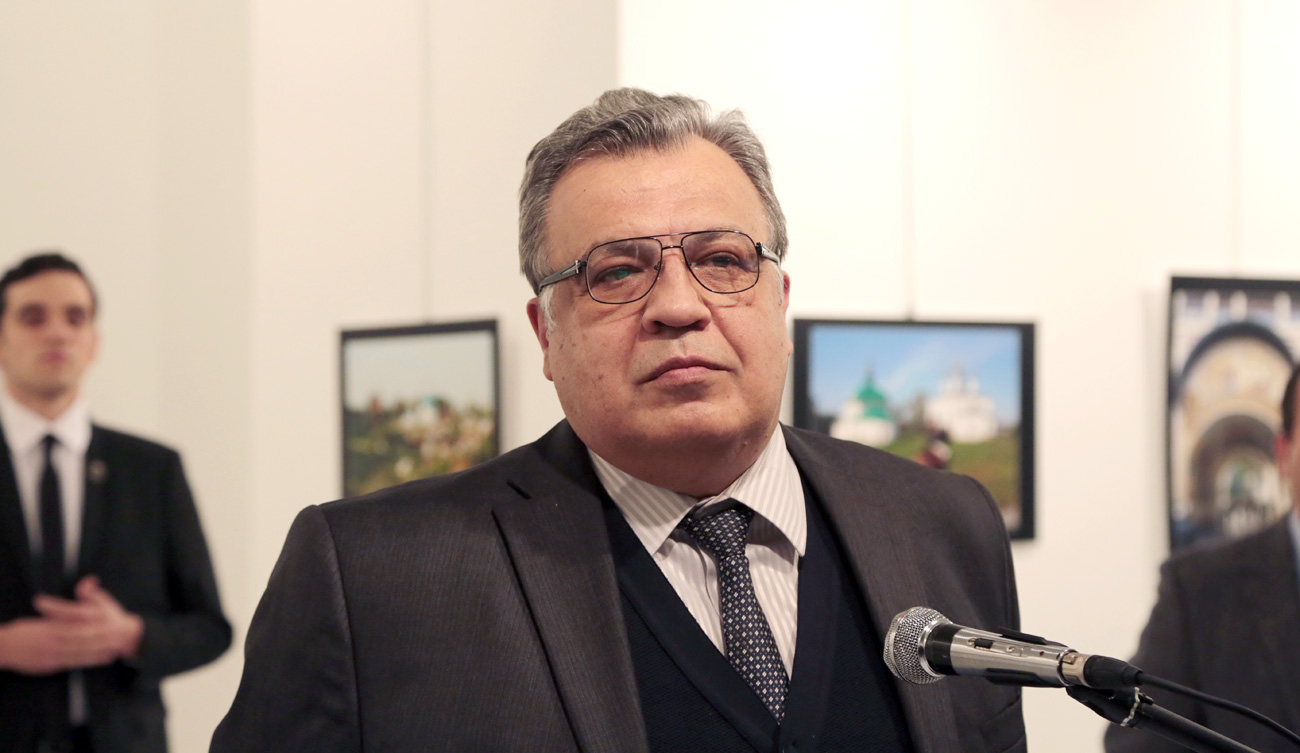 The Russian Ambassador to Turkey Andrei Karlov speaks a gallery in Ankara Monday Dec. 19, 2016. A gunman opened fire on Russia's ambassador to Turkey Karlov at a photo exhibition on Monday. The Russian foreign ministry spokeswoman said he was hospitalized with a gunshot wound. The gunman is seen at rear on the left.

AP
A woman had telephone contacts with the ambassador’s killer

Russian citizen Yekaterina B. has been arrested by the Turkish police on suspicion of being involved in the murder of Russian Ambassador to Turkey Andrei Karlov, the A Haber TV channel reported on March 6.

According to the report, in November 2016, the Russian citizen had telephone contacts with the ambassador’s killer Mevlut Mert Altintas. She also called the Russian Cultural Center in Ankara. During questioning, she said that she had maintained contacts with Altintas mainly through messenger programs.

According to the Sabah daily, 33-year-old Yekaterina was a procurer in Ankara, arranging big businessmen’s meetings with women. A court has sent the Russian woman to an Ankara detention center.

Meanwhile, the Russian embassy in Turkey has forwarded an official request demanding to confirm the reports on the Russian citizen’s arrest in connection with the Karlov murder case, the embassy’s spokesperson Irina Kasimova told TASS on March 6.

"Taking into account recent media reports, the embassy has forwarded an official request to the Turkish officials demanding that the reason for the arrest of this Russian citizens, as well as its circumstances be clarified. We haven’t received any response from the Turkish officials yet," she said.

Kasimova added that "right after the ambassador’s murder, a joint investigation was launched involving Russian and Turkish investigative teams." "A group of Russian investigators visited Ankara, Turkish and Russian citizens were questioned," she elaborated.

Russia’s Ambassador to Turkey, Andrei Karlov, was gunned down on Dec. 19 while he was delivering a speech at the opening ceremony of a photo exhibition. According to Turkey’s authorities, the attacker was immediately neutralized by security forces. Russia’s foreign ministry officially declared it a terrorist attack, while the Investigative Committee opened a criminal case labeling Karlov’s assassination an act of international terrorism. Karlov was posthumously awarded the title of the Hero of Russia.