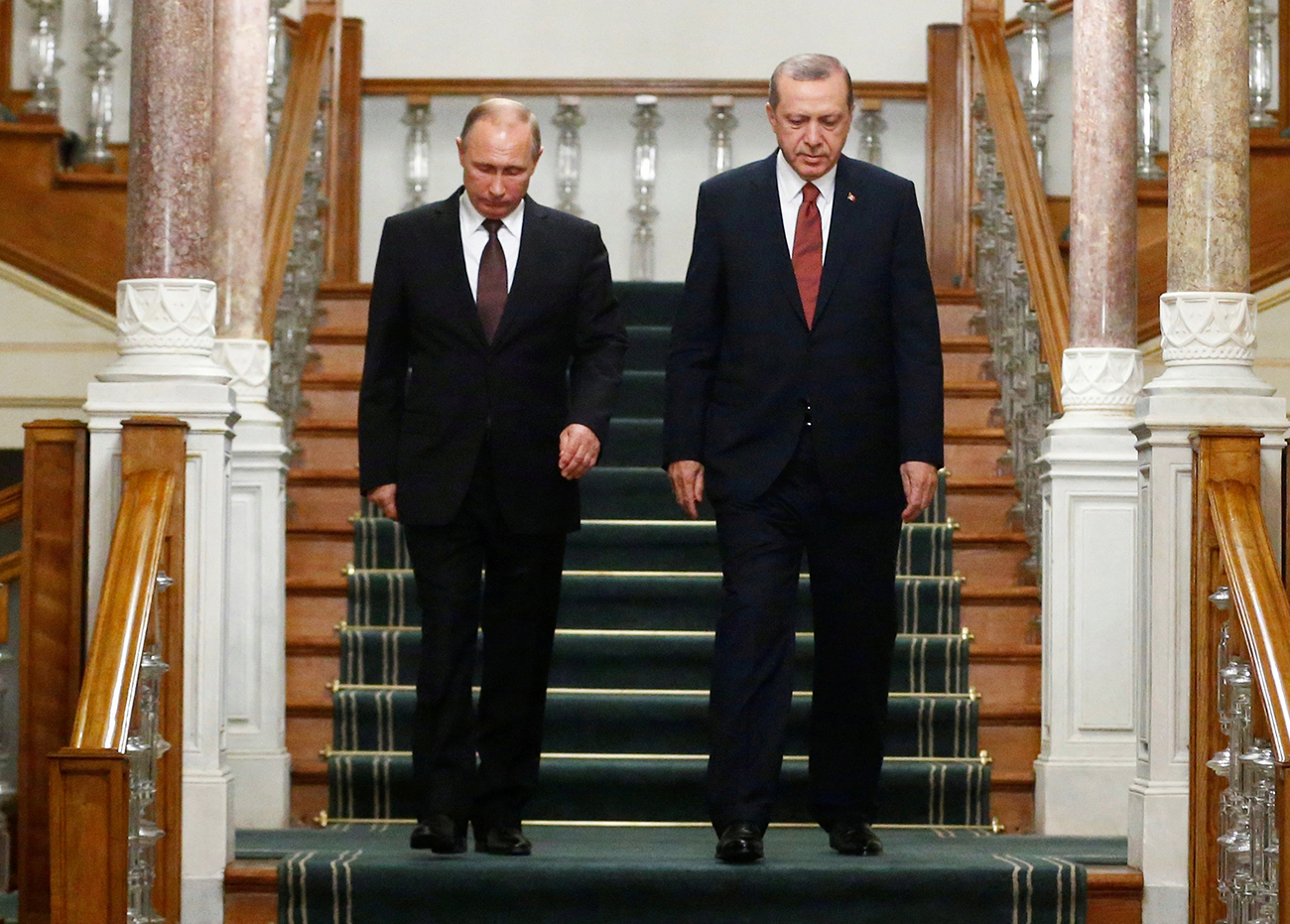 Erdogan will visit Russia on March 10 at the invitation of the Russian leader.

"The leaders are going to discuss full range of issues of Russian-Turkish relations with an emphasis on further restoring mutually beneficial trade and economic ties, including implementation of joint construction projects of the first Turkish Akkuyu nuclear power plant and Turkish Stream gas pipeline," the press service said.

Erdogan will visit Russia on March 10 at the invitation of the Russian leader. The President of Turkey will participate in the sixth meeting of the High-Level Russian-Turkish Cooperation Council. According to the Kremlin press service, the leaders are also "expected to exchange views on timely aspects of regional issues, first of all, further cooperation between Russia and Turkey in fighting international terrorism and the Syrian crisis settlement."

A number of bilateral documents are expected to be signed at the end of the meeting.

Read more: What will Putin and Erdogan discuss in Moscow?