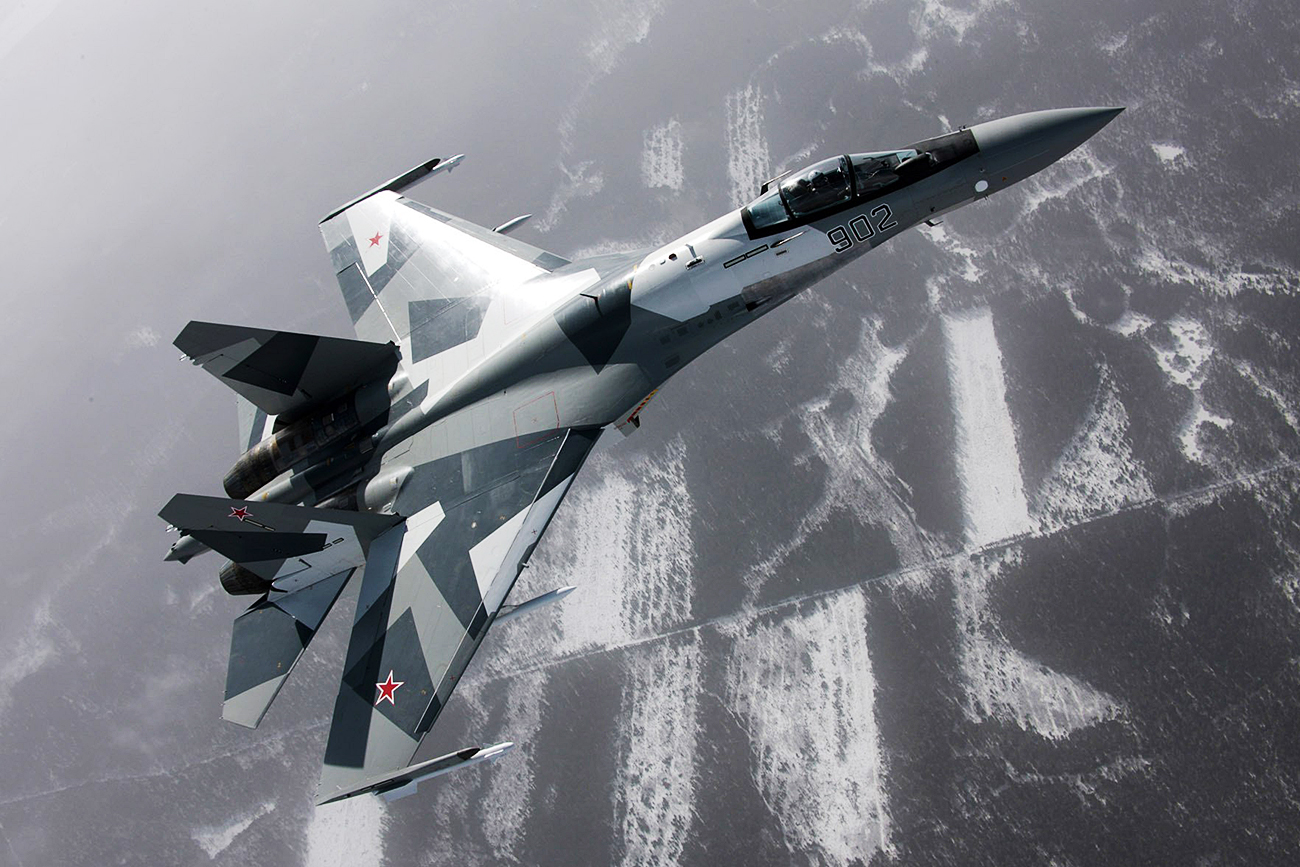 The Sukhoi-35S is Russia’s highly maneuverable multirole fighter of generation 4++, developed by the Sukhoi design bureau.

The Russian Defense Ministry this year will get a batch of ten highly maneuverable multirole fighters Sukhoi-35S and another Sukhoi-27 will be upgraded to the Sukhoi-35 level, First Deputy Defense Minister Yuri Borisov told the media on March 9.

"Last year we concluded a long-term contract for building Sukhoi-35S planes. This year we expect ten newly-built Sukhoi-35S fighters and another four Sukhoi-27s upgraded to match the Sukhoi-35 capabilities," he said while visiting the Gagarin Aircraft-Building Plant in Komsomolsk-on-Amur. Borisov spoke highly of the Sukhoi-35S parameters.

"The pilots say the plane is great. It boasts unique flight and technical parameters," Borisov said.

The Sukhoi-35S is Russia’s highly maneuverable multirole fighter of generation 4++, developed by the Sukhoi design bureau.

The plant in Komsomolsk-on-Amur was commissioned to build 50 Sukhoi-35S jets for the Defense Ministry by 2020. Ten planes are to be delivered every year. Since 2009 the plant has provided 48 planes for the Russian Armed Forces.

Video: 'Maple leaf' and other aerial stunts with the new Su-35S