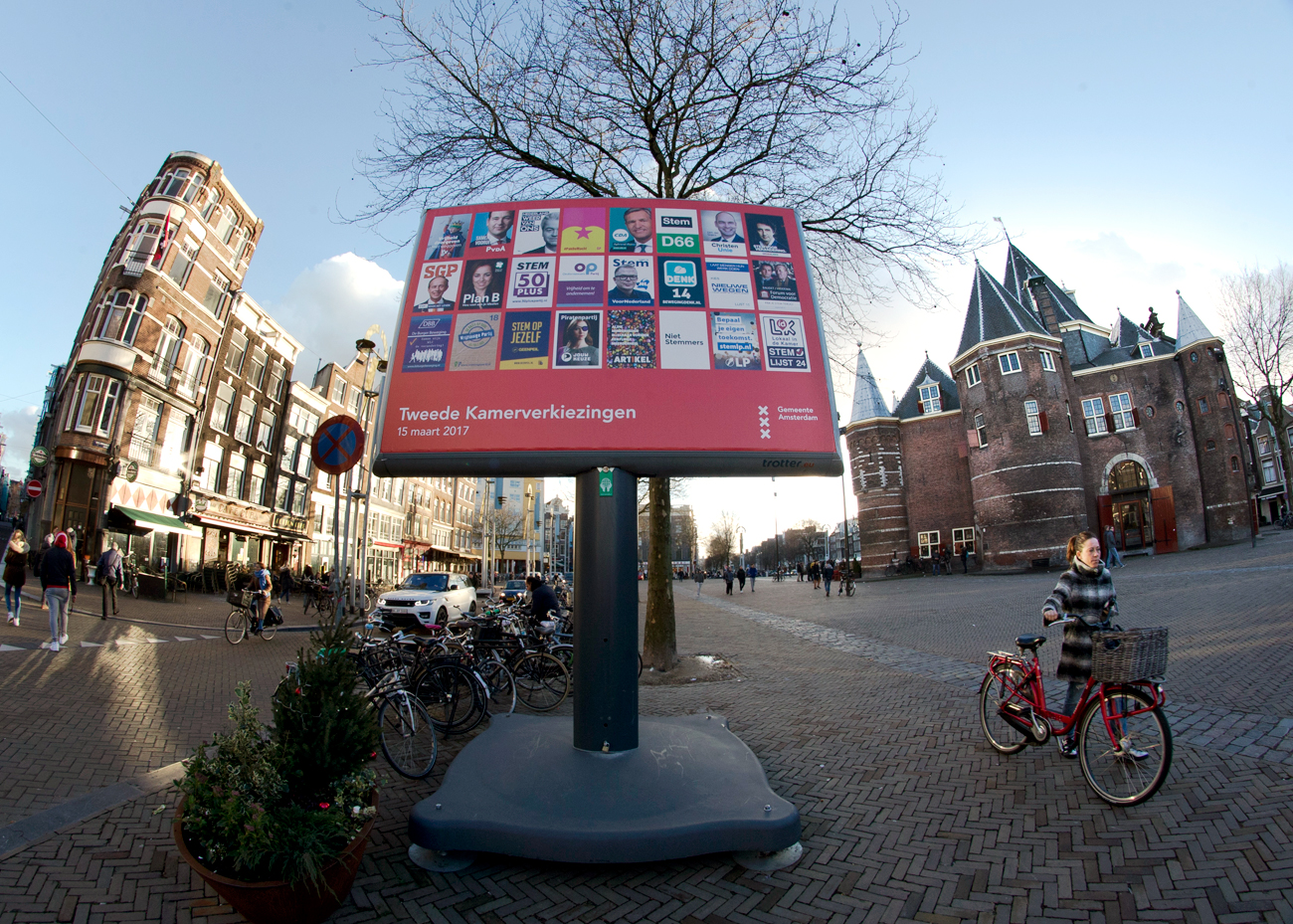 An election billboard is out up in a square in the center of Amsterdam, Netherlands.

AP
'We are monitoring the situation (around the Dutch elections)'

The Kremlin is ready to keep up the dialogue with Dutch Prime Minister, Mark Rutte, if he continues to lead the government, Russian Presidential Spokesman, Dmitry Peskov, told reporters.

"We are monitoring the situation (around the Dutch elections)," he said on March 16, adding that Putin and Rutte earlier had "quite frank and quite productive" contacts.

"If it so happens that Mr. Rutte continues to lead the government, they will be able to continue the dialogue in the future," Peskov added.

The parliamentary elections in the Netherlands were held on March 15. According to preliminary results, the People’s Party for Freedom and Democracy led by Prime Minister Mark Rutte is winning the elections and can count on 33 out of 150 seats in the country’s main legislative body. It is followed by the right-wing Party for Freedom led by Geert Wilders, which will receive 20 seats. The third place is shared by the Christian Democratic Appeal and the Democrats 66 parties. Each of these political forces will receive 19 seats in parliament.

Read more: Can the Netherlands defend its elections from Russian hackers?