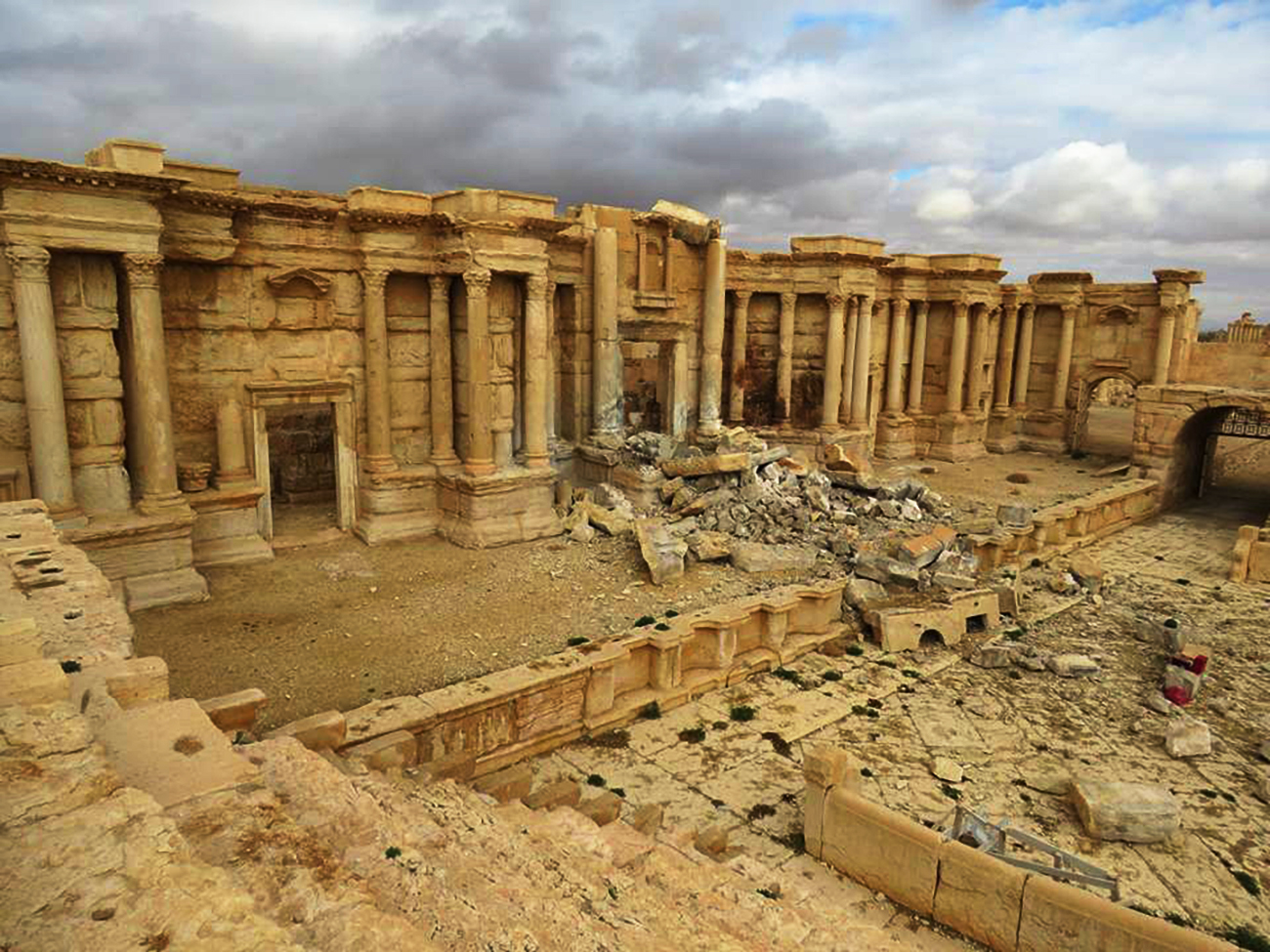 "Work has been arranged on the outskirts of the city and in its historical part and also inside it. Within the first five or six hours of work, the personnel defused more than 120 explosive objects," he said.

According to Ovdiyenko, two ammunition depots have already been found in the city. He noted that the sappers are doing their utmost to preserve the infrastructure, including the city’s historical part.

"Everything that can be taken out destroyed out of the city, is taken out of it," he noted.

The sappers are to check about 900 hectares of territory. It is planned to complete the demining operation within a month or a month and a half.

"There are many landmines in the city. The facilities of historical significance have been mined as well," Ovdiyenko added.

Militants of the Islamic State terror group (outlawed in Russia) captured Palmyra in May 2015. In late March 2016, the Syrian military supported by Russian aircraft liberated the city, but last December, Palmyra was again in the hands of extremists. On March 2, Russian Defense Minister Sergey Shoigu said that the operation to liberate the city had been completed. On March 10, nearly 200 Russian sappers arrived in Palmyra.