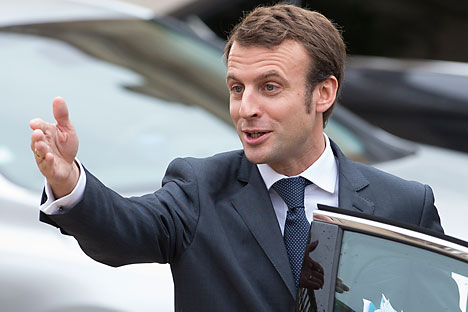 The Kremlin expects the French political establishment to achieve an understanding of the need to build dialogue with Moscow.

"We hope that, one way or another, the French political establishment has a consensus that there is no alternative to building dialogue with Moscow to solve the existing problems," Russian Presidential Spokesman Dmitry Peskov told reporters.

The presidential spokesman thus commented on the first French presidential TV debate. During the debate, leader of the En Marche! (On the Move) movement, Emmanuel Macron, spoke out against Paris’s rapprochement with Moscow. One of his rivals, former French Prime Minister and representative of the Republican Party, Francois Fillon, noted that the Western stance on Crimea’s reunification with Russia was inconsistent comparing it with the decision to grant independence to Kosovo.

According to Peskov, "in light of this, we are certainly more in favor of the statements that speak about the need to establish the dialogue for the benefit of tackling the existing problems."