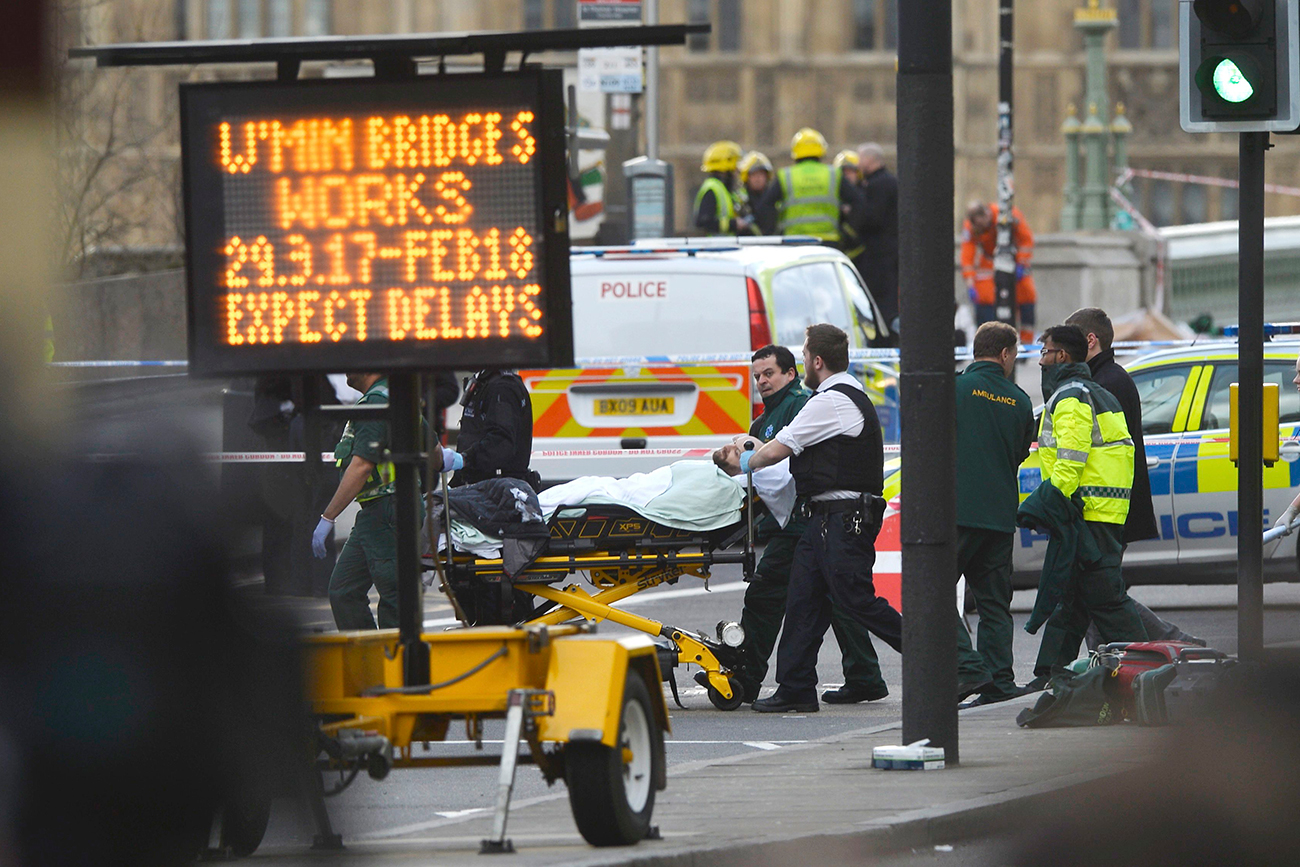 Members of the emergency services take an injured person away on a stretcher after an incident on Westminster Bridge in London, March 22, 2017.

Russian President Vladimir Putin has offered his condolences to UK Prime Minister Theresa May in connection with the tragic consequences of the terrorist attack in central London, the Kremlin press service said.

"It is obvious that all world community members really need to join forces to confront the terrorist threat," the Russian leader said in his telegram of condolence.

"Terrorist forces’ actions are increasingly more insidious and cynical," he noted. He also conveyed words of sympathy to the families of those killed in the attack and wished a speedy recovery to all those injured in it.

On March 22, a terrorist drove a car into pedestrians, including three police officers, on Westminster Bridge in London before he attacked a police officer outside the Houses of Parliament. The assailant was shot by the police. The attack has left five people dead, including a police officer, 40 others were injured.