Effectiveness of fight against terrorism can be raised by 'joining efforts' 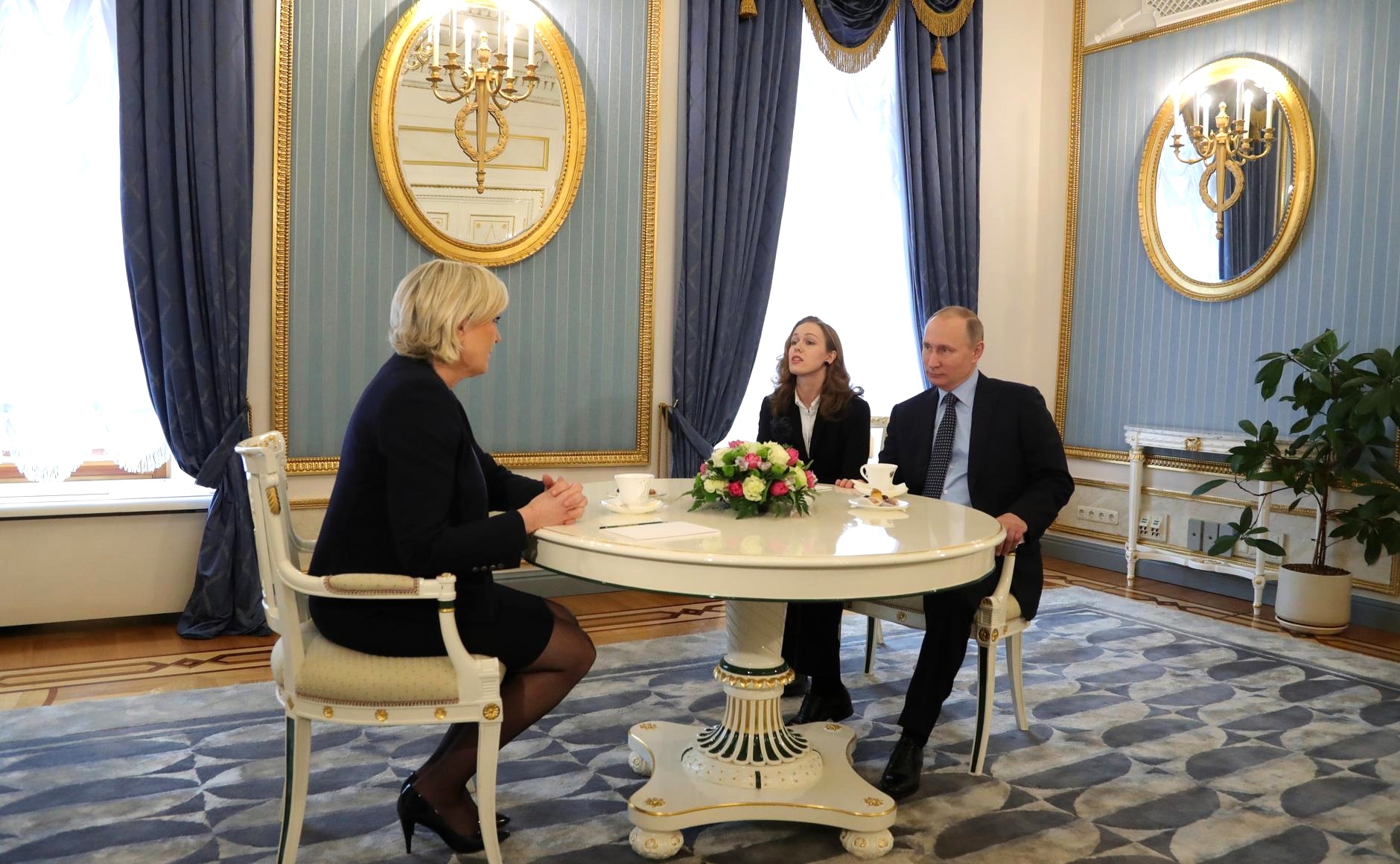 Vladimir Putin meets with Marine Le Pen in the Kremlin.

Joint international efforts are the main tool to raise the effectiveness of the fight against terrorism, Russian President Vladimir Putin said at the meeting with leader of France's National Front political party Marine Le Pen in the Kremlin.

"Unfortunately, the destruction of traditional living standards in numerous countries in the Middle East led to the growth of violence and migration flows," Putin said adding that "the most tragic events are developing now in Syria and around Iraq’s Mosul," where thousands of people "have already turned into refugees and were forced to leave their homes."

"I completely agree with you that only by joining our efforts we will manage to fight effectively the threat of terrorism," Putin said addressing Le Pen.

Le Pen said in turn that besides the solidarity of the international society regarding this issue "it would be probably also worth to think how to help the development of the African region, particularly Sahara and Sahel."

Before the meeting, the French politician visited an exhibition devoted to Louis IX of France and relics of Sainte-Chapelle in the Patriarch’s Palace. / Photo: Kremlin.ru

"Military conflicts and attempts to evade them considerably cut the financial inflow into the economy and agriculture and that is why desperate youth is sometimes try joining terrorist organizations," she said.

"This is why we need to join our efforts regarding the strategic actions at the international level in order to help with the development of this region," Le Pen added. "I fully agree with you and you are right," Putin replied to Le Pen.