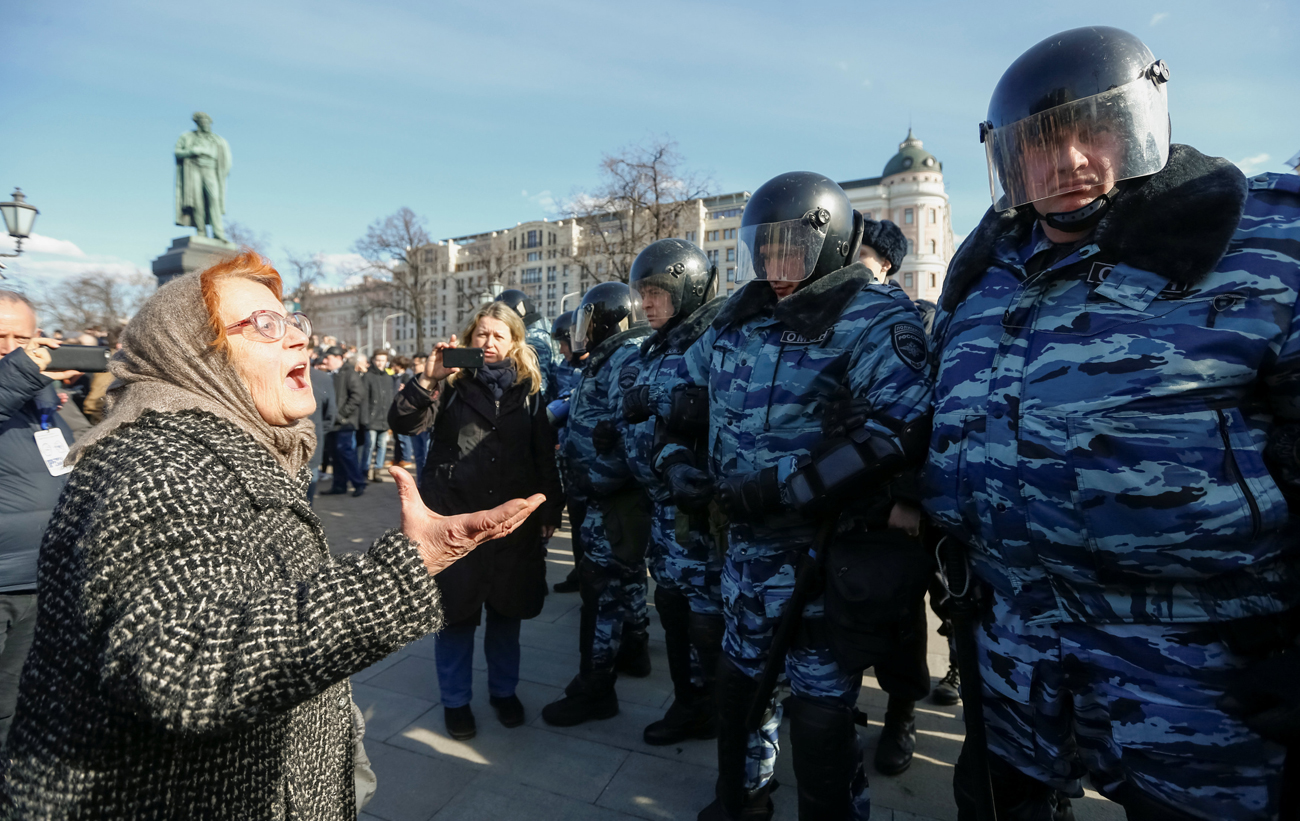 A woman argues with law enforcement officers as they block a rally in Moscow, March 26, 2017.

Reuters
But only if it 'prescribed by the law'

The Kremlin respects the citizens’ right to take part in protests provided protests are conducted in a form prescribed by the law, Russian Presidential Spokesman Dmitry Peskov said.

When commenting on the protests that took place in a number of Russian cities on March 26, he said that "the Kremlin respects the people’s civic stance and their right to express it."

"But we only respect it in case civic stances are expressed in a form prescribed by the law and in places the law finds appropriate," Peskov added.

He added that the Kremlin "cannot respect those who deliberately mislead people and who instigated unlawful actions yesterday."

"We cannot respect those who deliberately misled underage children promising them some fee in return for their participation in a non-authorized protest, thus exposing them to danger. We can’t neither accept nor respect this," Peskov added.