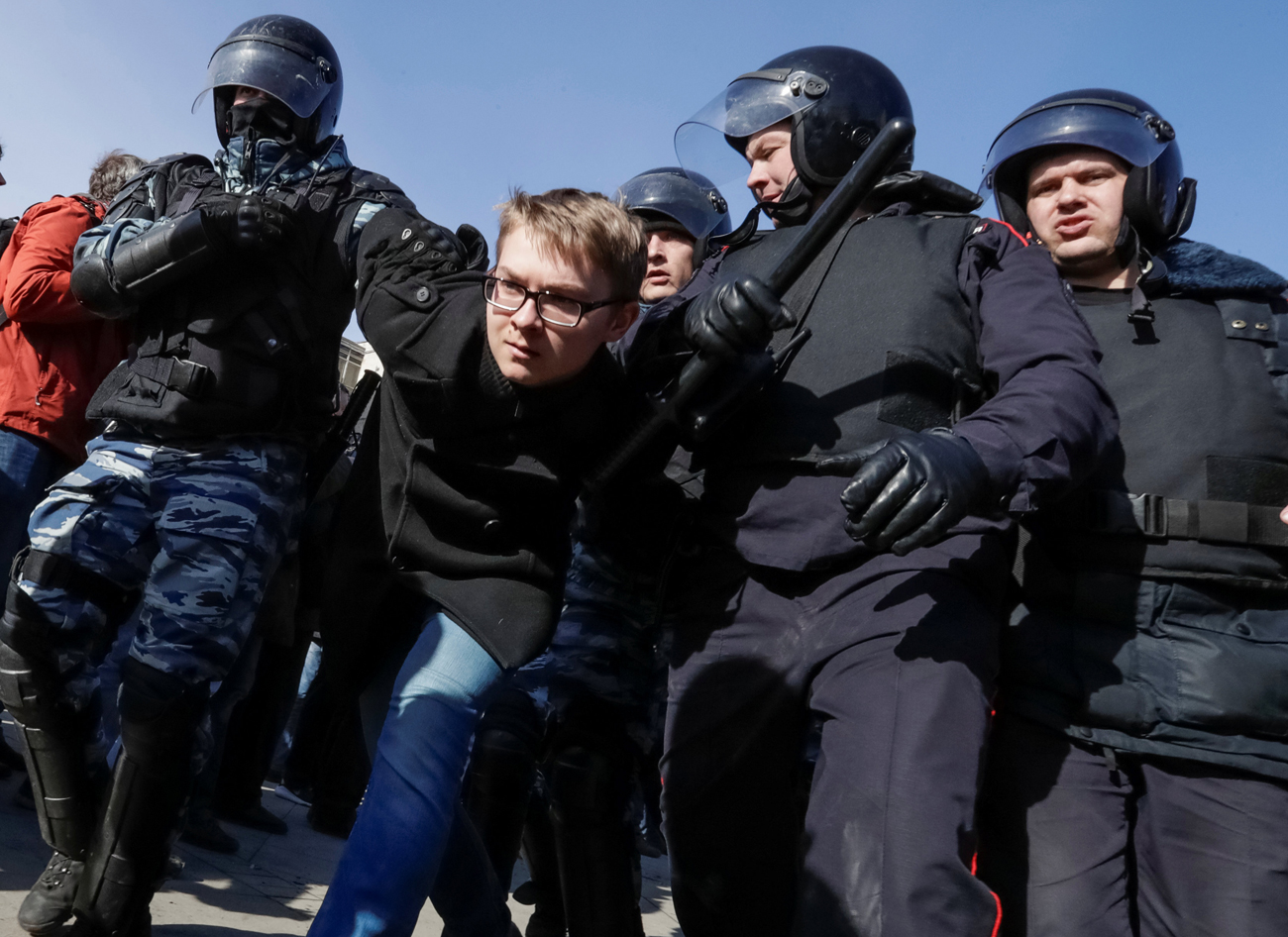 Law enforcement officers detain an opposition supporter during a rally in Moscow, March 26, 2017.

Peskov answered a question if President Vladimir Putin plans to take into consideration the opposition’s criticism when making a decision on his participation in the 2018 presidential election.

"We have great respect for the right of citizens to express their opinion and their civic stance. No doubt, when this civic position is expressed, we take it into consideration," Peskov said.

The Kremlin spokesman emphasized that Russia’s authorities welcome when citizens express their stance "in a civilized way, without any provocations and in line with the law."

According to Moscow’s authorities, more than 600 people, including opposition figure Alexei Navalny, were detained on March 26 during an unauthorized rally of the opposition in central Moscow. Similar rallies were held in a number of other Russian cities.