Alaska can play leading role in bringing U.S.-Russian ties back to normal 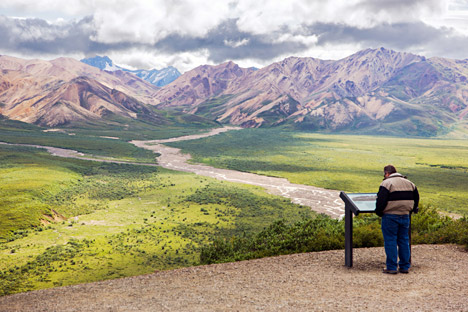 Alaska can play a leading role in the revival of frienship and good-neighborliness in relations between the U.S. and Russia, U.S. Senator from Alaska Lisa Murkowski told TASS on March 30.

Before she spoke to TASS, she took the floor at a reception in the National Press Club on the occasion of the 150th anniversary since the signing of the Treaty of Cession of Alaska by the Russian Empire to the United States of America. The senator noted the difficult times the U.S.-Russian relationship was going through at the moment but when TASS asked her about the future prospects, she answered optimistically.

"I think we have an opportunity in Alaska to lead on friendship and good relations with Russia," Murkowski said.

She recalled that Alaska and the Russian autonomous area of Chukotka, which is located on the western (Asian) shore of the rather narrow Bering Strait, still have many indigenous families related by blood.

Read more: Why did Russia sell Alaska to the United States?