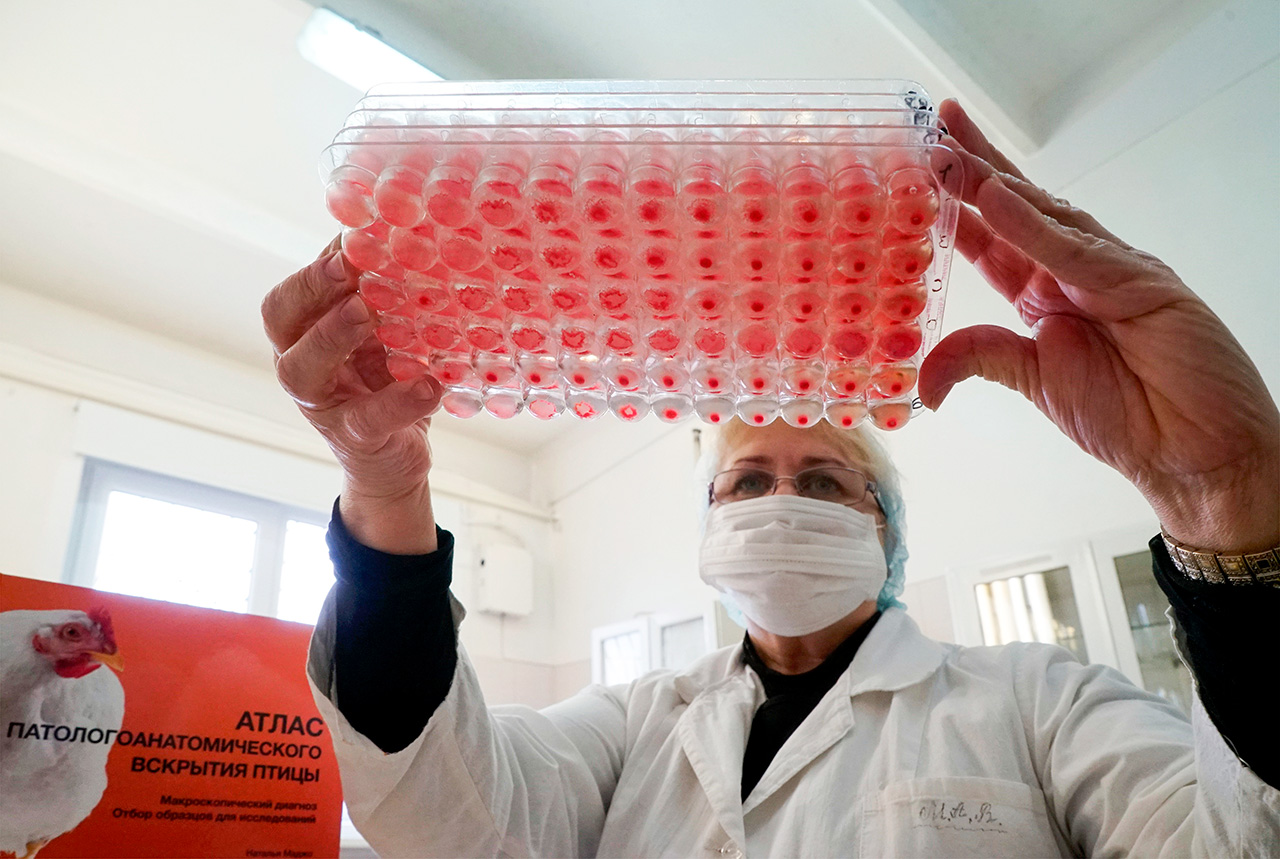 Photo: Poultry blood is tested for viral disease at the veterinary diagnostic laboratory at Guryevskaya poultry factory in the Kaliningrad Region.

Igor Zarembo/RIA Novosti
Several people have already died from the virus that originated in Asia.

Citing a statement made by Nikolai Vlasov, the deputy director of Rosselkhoznadzor – Russia’s Federal Service for Veterinary Phytosanitary Surveillance – on March 31, a deadly strain of bird flu may arrive in the country’s Far East – reports (in Russian) RBC.

"This type of bird flu was born in Southeastern Asia and there have already been cases of human death," said Vlasov. "This particular virus is a threat to our Far East District. Its entry is not predetermined but highly likely. Firstly, we may see this bird flu virus in the lower parts of the Primorsky Territory."

According to Vlasov, there are currently three strains of bird flu virus active in the world. Aside from the one threatening the Far East, two more exist from Central Asia and Europe, but they are not dangerous to humans.