Farewell ceremony for Yevtushenko will take place on April 9 - friend

TASS
Legendary Soviet and Russian poet Yevgeny Yevtushenko will be buried on April 9 in Peredelkino settlement of Moscow Region.

"Yevgeny will be buried in Peredelkino settlement of Moscow Region. Masha [Maria Novikova - widow of the poet] confirmed that. Time is needed to organize and prepare the transfer," Morgulis said. "Therefore the memorial service will not be held earlier than Tuesday," he added. 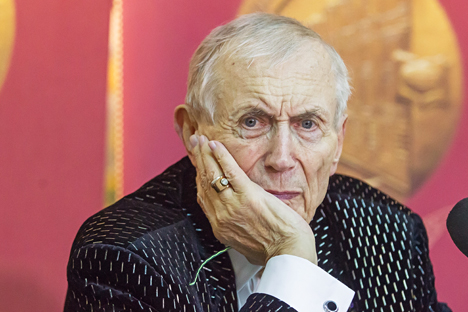 The burial service will be arranged for Yevtushenko under the Orthodox customs in the inter-faith church of the University of Tulsa, Oklahoma, Morgulis said.

"Then he will be transported to Moscow and the civil funeral service ceremony will take place there, in one of big halls of the capital," he added. Three sons of the poet arrived at Tulsa, Morgulis said.

The decision on the fate of the novel Yevgeny Yevtushenko was working on until recently and even in the hospital will be taken by the widow.

"The completion stage of the manuscript should be taken into consideration, because a book sometimes has no sense without the end and the logical conclusion," Morgulis added.