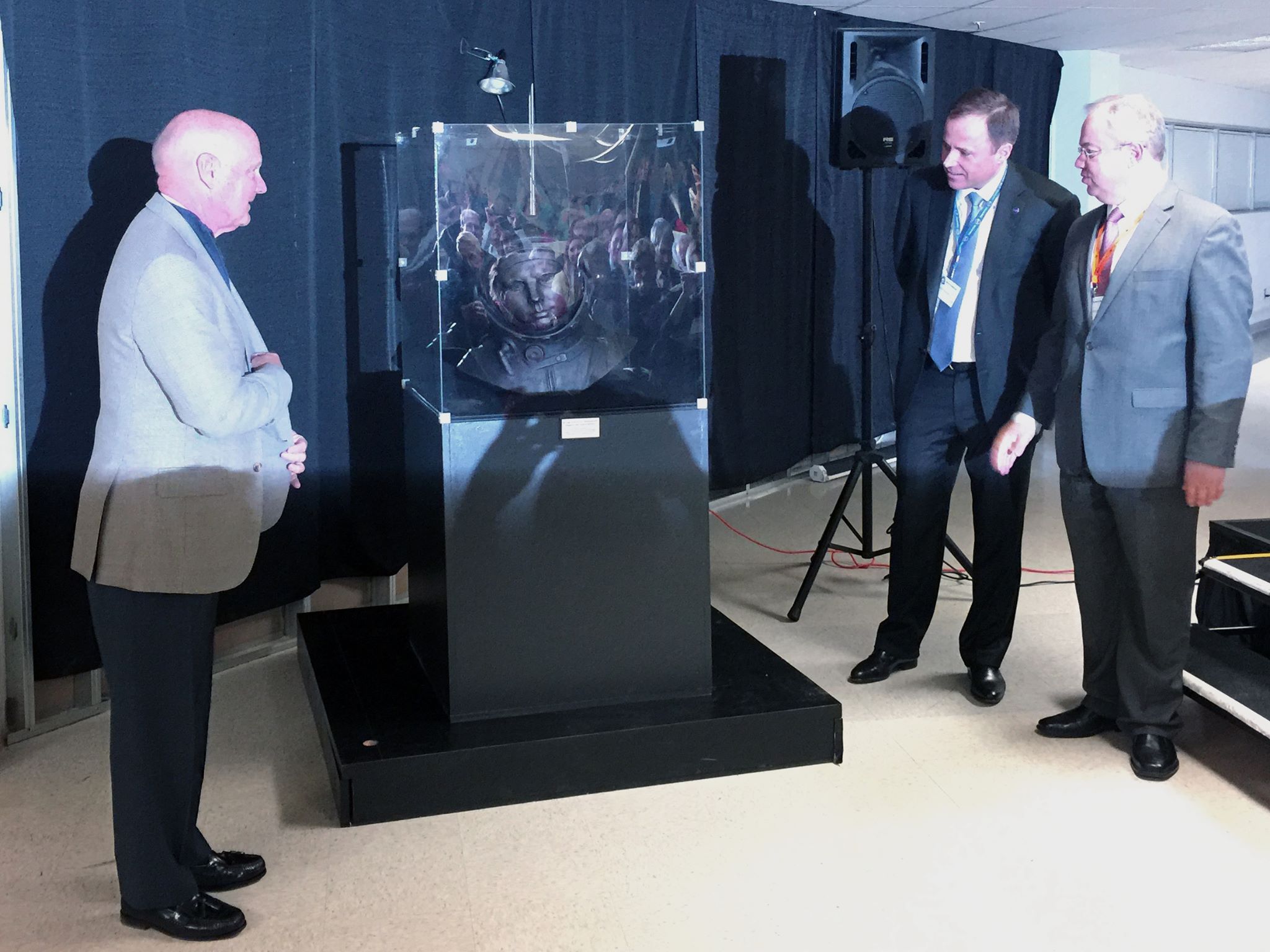 A bust of Yuri Gagarin has been put up in the U.S. city of Colorado Springs.

Roscosmos
The ceremony was ahead of the 33rd Space Symposium

A bust of Yuri Gagarin, the first man in space, has been put up in the U.S. city of Colorado Springs ahead of the 33rd Space Symposium.

"I hope that the installation of Yuri Gagarin’s bust here in Colorado Springs is a big event not only for those professionally involved in space research but for young people as well, as they bring new energy and new ideas to the space industry," head of Russia’s Roscosmos State Space Corporation Igor Komarov said during the unveiling ceremony.